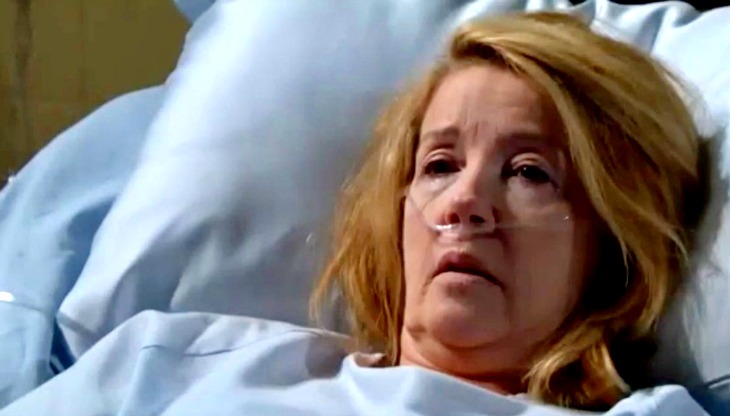 “Young and the Restless” (Y&R) spoilers tease JT Hellstrom’s (Thad Luckinbill) murder story will wrap up in the first of the year. Nikki Newman (Melody Thomas Scott) will not go to jail as an unlikely person will step up and take the wrap for her. Here’s what we know about the JT resolution so far.

Someone Takes The Lame

We know that someone will come in and take the wrap for Nikki. Right now. CBS is keeping the identity quiet. We don’t know who will take the wrap. Some rumors around social media say that Tessa Porter (Cait Fairbanks) may take the blame, as a way to prove to Mariah Copeland (Camryn Grimes) that she loves her. It would be an act of love, knowing that it would send her straight to jail for several years, at least.

Victor Newman (Eric Braeden) has done some awful things in his days. He is responsible for many deaths and shady business deals, but he did not have anything to do with JT’s murder. Rey (Jordi Vilasuso) wants to solve the case so badly that he is ready to pin JT’ s murder on anyone, especially Mr. Newman.
Nikki will serve no time

Maybe the new writers will hurry up and end this JT storyline !! #YR pic.twitter.com/lcUSg35r3k

After an unlikely person confesses to JT’s murder, Nikki will be off the hook. Y&R spoilers suggest Victor, who will be arrested on Monday’s show, will be cleared of all charges and he will no longer be a person of interest. Rey will be forced to apologize to the Newmans for “harassing” them.

Young And The Restless Rumors: Scotty Comes Home, Baldwin Family Back Together?

Who do you think will confess to murdering JT? Don’t forget to come back later for more Young and the Restless (Y&R) spoilers, news, and casting updates!