Coronation Street Spoilers: Tim Comes Clean To Sally, Will Their Marriage Be Over? 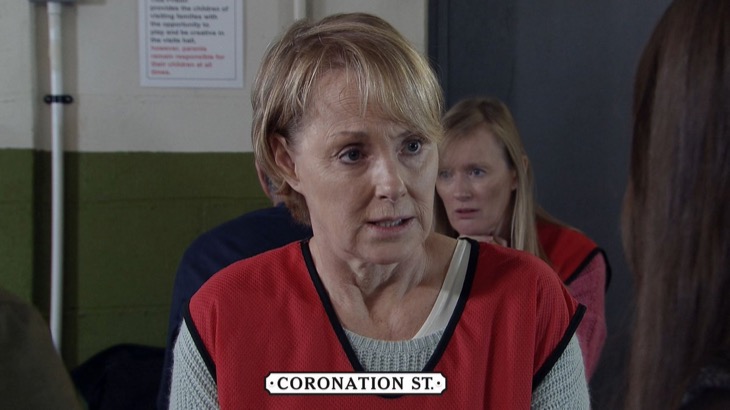 Coronation Street spoilers reveal that Tim’s (Joe Duttine) conscience is now bothered after he cheated on his wife, Sally. (Sally Dynevor) Corrie episode on Dec. 21 saw Tim (Connie Hyde) locked lips with his wife’s sister, Gina, after getting drunk at a bar and had slept together that party night (or so Tim thought).

He became more troubled and afraid after Faye (Ellie Leach) told him that she saw him and Gina in one bed, especially that Sally asked him to visit her in prison.

Though Eileen (Sue Cleaver) keeps on forcing him to see Sally as soon as possible, Tim fails to do so, probably, because he is not ready just yet to face Sally, knowing that he has done something bad against her.

Recent spoilers confirm that Tim won’t be showing up as it mentions about Sally getting upset after waiting for him for long hours in jail.

But, does this mean Tim has no intentions of telling Sally the truth?

Wow, we felt that Gina! Remind us to never get on Sally's bad side…#Corrie #Sally #Gina #Sophie pic.twitter.com/0iBx1mdaA6

Coronation Street spoilers tease that Gina would eavesdrop on Tim and Faye’s conversation. She would hear Tim signifying his intent to confess his infidelity to Sally.

Will this truth bring an end to their happy marriage?

Well, Tim alone is doubting whether their marriage will survive, as per recent teasers. Anyway, this one-night mistake of Tim seems to have stirred the emotions of Coronation Street’s avid viewers. In fact, they have shared their own sentiments on the matter online.

On a tweet, one viewer believed that nothing really happened between Tim and Gina, and that it is only Gina who manipulates Tim and convinces him that they really slept together.

Tim's a man with a plan! Will he be able to get Sally out!? #Corrie #Sally #Tim #Sophie pic.twitter.com/ohIxmSrLzl

Well, from another source of spoilers, Duncan confirms that Gina is in love with Tim, so this has a basis.

“They better not reveal anything intimate happened between Gina and Tim next episode because if so, we have Gina being a predator and it’s gross as hell,” another viewer shared on Twitter.

What is in store for Tim and Sally? See how their relationship takes an unexpected turn. Catch Coronation Street every Monday, Wednesday and Friday on ITV.

And visit our dedicated Coronation Street page for all the latest news, interviews and spoilers