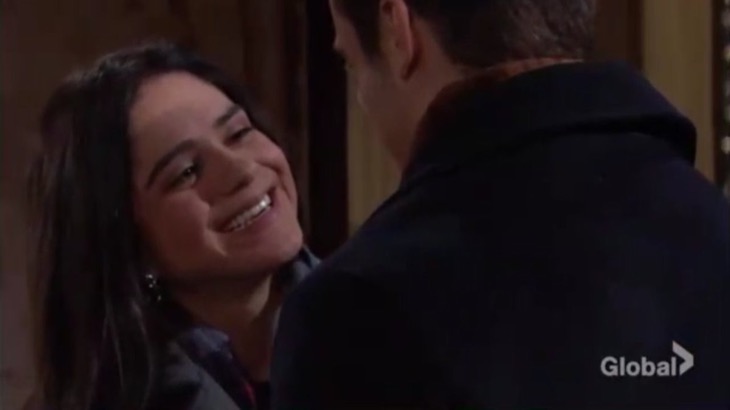 Sorry, Kyle (Michael Mealor) is not at fault this time on ‘The Young and the Restless’. Lola (Sasha Calle) owes him a full explanation of her actions, in time. ‘Kola’s’ newness is something that many emerging couples face, but the longterm survival of this couple can be questioned.

For starters, Lola is not Summer (Hunter King). The opposite of shallow, Miss Rosales is proud, which is why she reacted so strongly after Kerry (Alice Hunter) recognized the price gouging accessory Kyle purchased for her as a Christmas gift.

Lola hasn’t lived in Kyle’s world before. He also hasn’t been in the working class, as most people are world wide.

Miss Rosales is also new to Wisconsin, having long lived in Florida. Mr. Abbott comes from Genoa City stock that is well-heeled.

They pay attention to each other. Kyle noticed that Lola needed a new purse-she realized his old watch was missing. She finds out that he replaced his watch already and her feelings are hurt. #YR #Kola pic.twitter.com/APaK5Q1iuf

Emotional disagreements are common when two people care for each other. Their clashes result from strong feelings that represent love. So, it’s accurate to read Lola’s unanticipated outburst as her perceived betrayal of what she thinks Kyle should have recognized.

For his part, Kyle is still adjusting to being with a girlfriend who isn’t shallow. Lola is an honest person who has a good soul. She’s genuinely making her way in this new soapy world by operating her own expanding business and just recently earning a great opportunity to become head chef at Abby’s (Melissa Ordway) soon-to-open restaurant.

Kyle isn’t used to interacting with the Lola’s of the world. He’s familiar with the Summer’s. The 2018 edition of King’s character was written to extremes, which was intended, in part, to contrast her hard against Lola.

Hopefully ‘Kola’ cools off and talks things out. Communication is key to all lasting relationships, which is what Lola and Kyle both desire. Neither sees their romantic pairing as a friend, or hangout partner, but instead a future spouse.

Each person actually compliments the other. Lola and Kyle are learning their strengths and hopefully, a path forward to eventual engagement, marriage, and children. These engaging characters are right for each other. So let’s hope they continue to fight for ‘Kola’.