Days of Our Lives Spoilers: Hope Talks Ted Laurent In to Representing Stefan – What’s Her Angle? 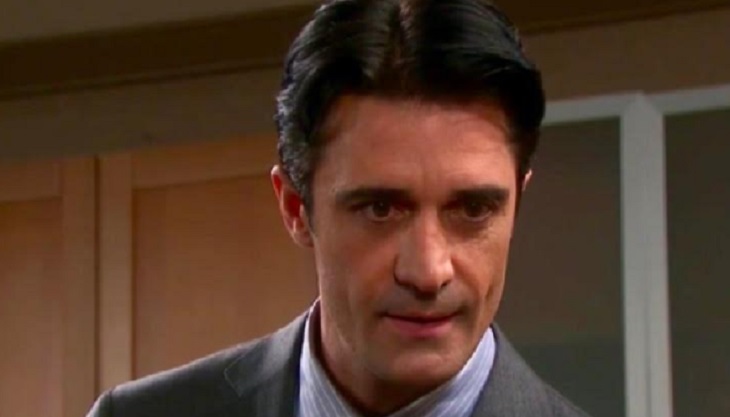 Days of Our Lives spoilers tease that Hope Brady (Kristian Alfonso) will talk Ted Laurent (Gilles Marini) into representing Stefan DiMera (Tyler Christopher) after her husband Rafe Hernandez (Galen Gering) arrests him for corporate espionage! Ted talked her into giving him police protection from Stefan, and now she wants him to represent his worst enemy? What’s her angle?

Ted has been deathly afraid of Stefan; why would Hope ask him to defend Stefan in a court of law after having gone out of her way to protect him?

Maybe it’s because Ted WON’T give Stefan a good defense. He could easily lose the case on purpose so Stefan will be incarcerated for quite a while, and both Ted’s and Abigail Deveraux’s (Kate Mansi) and several other good-or, not so good-citizens of Salem’s Stefan problems would be solved for the time being!

Days Of Our Lives Spoilers – Hope Still Gunning For Ben

After all, there is no better police protection than one’s worst enemy being behind bars! Plus, Hope removes Ben Weston’s (Robert Scott Wilson) only hope at employment with Stefan gone, and maybe he’ll just leave town-unless Stefan pays him to stay at the DiMera mansion and protect it until he finds some way out of prison!

With the upcoming transition between Tyler Christopher’s exit as Stefan, and Brandon Barash’s first airdate as Stefan in March 2019, and Days of Our Lives’ shooting schedule being six months ahead, Stefan will likely be off the canvas for a time to allow for the transition.

Days Of Our Lives Spoilers – Stefan Heads To Jail

That could mean Stefan will be convicted and enter prison as Tyler and come out of prison as Brandon; or he could just go on the run and then be captured in a couple of months!

Either way, the continuing storyline of Stefan DiMera and his involvement in using Steve Johnson’s (Stephen Nichols) bionic eyes for espionage should be exciting and full of drama, as he recovers from Abby’s rejection and learning he’s not Charlotte’s (Chloe Teperman) father.