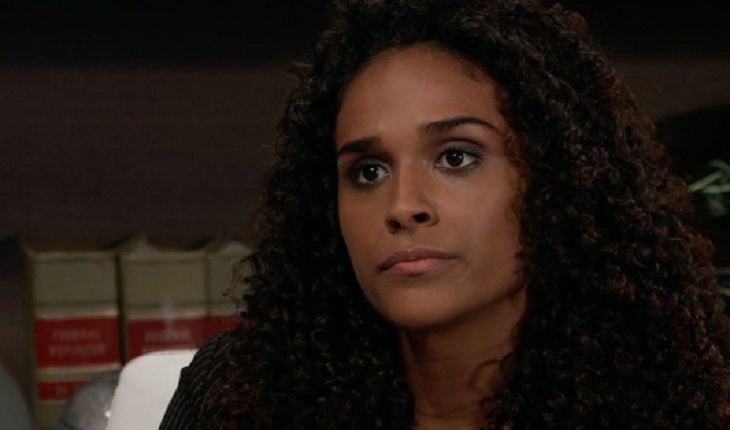 General Hospital star Briana Nicole Henry was born to play the role of Jordan on the NBC soap opera. She has the personality to play the police commissioner. Henry said that she relates to her alter ego as she has a heart of gold and she wants to protect her city from danger.

Clicked With Jordan On General Hospital

Briana said that she immediately clicked with Jordan as a character, but understanding her job was much harder. She had a hard time learning how to talk about criminal cases in a believable way. She said that one of her first scenes was with Elizabeth Hendrickson, who agreed that the legal jargon is hard to learn. She told her in time, it will flow easily, and it did.

Henry raves that the cast of GH is a great one. She said there are days that she messes up the dialogue and feels like she is in the wrong business, but her costars lift her up and let her know that everyone has off days.

Briana said that her boyfriend was once uncomfortable with her love scenes on the show. Once he realized it was just a job and she had no feelings for the other actor, everything was fine.
Grace under pressure

Henry explained that replacing Vinessa Antoine was difficult. She thinks the actress is gorgeous and so talented, so to come in and make the role her own was very challenging. She knew that it would take some time for the GH fans to warm up to her. She never expected the viewers to accept her so easily and be so kind to her.