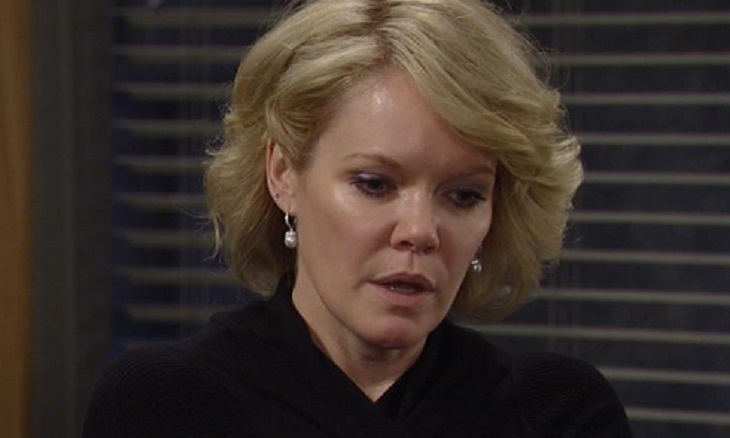 General Hospital spoilers indicate that while the week of January 2-4 might be a short week for fans, there will still be plenty to look forward to. As a matter of fact, it looks like it’s going to be a week of several sad love stories for some of our favorite Port Charles characters. Here’s what you need to know.

It all kicks off when everyone finds out there has been another murder in town. The Port Charles Police Department believe that it was committed by the same person who killed Kiki Jerome several weeks earlier. Kiki’s mother Ava is especially affected by this, as she is still on the hunt for her daughter’s killer.

General Hospital spoilers tease that Lulu, meanwhile, does some snooping around and ends up paying a visit to Ava. Unfortunately, it doesn’t go very well at all.

Ava’s romance with Ryan is headed to another level. Elsewhere, Laura is still trying to figure out what’s going on with her husband. By the end of the week, she feels relieved to have his support, even though she still has no idea that the man she supposedly loves is still the man that she despises.

Sam is still feeling on edge after finding the dead body. If that weren’t enough, she is still getting messages from a mysterious person that is connected to her past.

Kim is also spending more time with Julian, but it might be a little too late. According to General Hospital spoilers, he listens to recent advice and breaks up with Kim. She doesn’t know that he saw the kiss that they are now both regretting.

General Hospital airs weekdays on the ABC network. Check your local listing for times. In the meantime, let us know what you think in our comments section below.