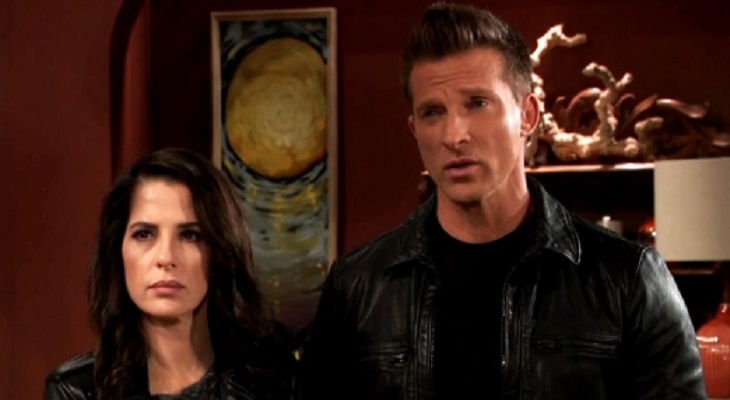 General Hospital (GH) spoilers for Thursday, January 3, 2019 reveals danger, intrigue and shocking moments as Port Charles citizens come to grips with all they’re dealing with. Confrontations and propositions are all a part of Thursday’s episode; one GH fans will not want to miss!

GH sources show Maxie Jones (Kirsten Storms) sitting at the Floating Rib, excitedly saying how she thinks this is a great idea. Who is she talking to and what is her newest scheme? Meanwhile, Scott Baldwin (Kin Shriner) pays Dr. Monica Quartermaine (Leslie Charleson) a visit at General Hospital, telling her that he needs to speak to her.

Dr. Kim Nero (Tamara Braun) confides in nurse Elizabeth Webber (Rebecca Herbst) that Julain Jerome (William deVry) has broken up with her; but will she reveal his reasoning behind it? Alexis Davis (Nancy Lee Grahn) goes to see ex, Julian Jerome (William deVry), informing him that Port Charles has a serial killer on its hands. How will Julian react to his niece, Kiki Jerome’s (Hayley Erin) death simply being part of this killer’s random act?

General Hospital spoilers indicate that Mike Corbin’s (Max Gail) memory is slipping faster and faster, as he sits at the gym, telling anyone who will listen that he has a lady waiting for him. At the adult home care center, Marcus Godfrey (Nigel Gibbs) chastises Stella Henry (Vernee Watson) that his marriage to Yvonne (Jane Hubert) is none of her business. Was Stella defending Mike and his friendship with Marcus’ wife, Yvonne?

Be sure to tune into ABC’s General Hospital (GH) on Thursday, January 3, 2019 to catch up on all the exciting things happening in Port Charles right now. Check Hollywood Hiccups often for updates, news, rumors and spoilers!