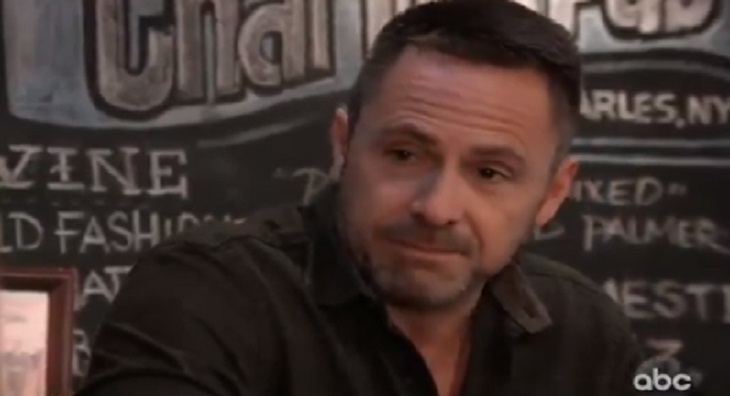 General Hospital (GH) spoilers for Monday, January 7, 2019 reveal affirmations, confrontations and confusion for several people in Port Charles. Shiloh makes his presence more prominent as concern and confessions occur. GH fans will not want to miss out on Monday’s episode of the ABC soap opera!

GH sources show Dr. Kim Nero (Tamara Braun) reiterates to Dr. Terry Randolph (Cassandra James) that there is nothing more important than her son, Oscar Nero’s (Garren Stitt) and his health. Meanwhile, Drew Cain (Billy Miller) visits Julian Jerome (William deVry) at Charlie’s Pub, where Julian reaffirms that him and Kim both agree their relationship is over.

Sam McCall (Kelly Monaco) goes to see her mother, Alexis Davis (Nancy Lee Grahm) and is shocked by her attitude; wondering who this person is and what have they done with her mother! What has been the change in Alexis and will she admit to her daughter that she is spending more and more time with Sam’s father, Julian Jerome?

General Hospital spoilers reveal that Shiloh (Coby Ryan McLaughlin) brings Kristina Davis Corinthos (Lexi Ainsworth) with him to see Oscar at the hospital. Shiloh explains to both Oscar and Josslyn Jacks (Eden McCoy) about their community and how they find fulfillment in serving others. Jason Morgan (Steve Burton), on the other hand, is more interested in knowing about Hank’s life before he became this man named “Shiloh”. What will Jason uncover and how many citizens of Port Charles will it affect?

Ryan Chamberlain (Jon Lindstrom), still pretending to be the good Dr. Kevin Collins visits Laura Collins (Genie Francis) at Sonny’s (Maurice Benard) gym, where he confesses to Laura that there is something he has been wanting to say to her. Is Laura going to end up being Ryan’s latest victim?

Be sure to tune int ABC’s General Hospital (GH) on Monday, January 7, 2019 to catch up on all these exciting things happening right now in Port Charles. Check Hollywood Hiccups often for updates, news, rumors and spoilers!