Will Days Of Our Lives Eve’s Evil Plan Work Or Blow Up In Her Face? 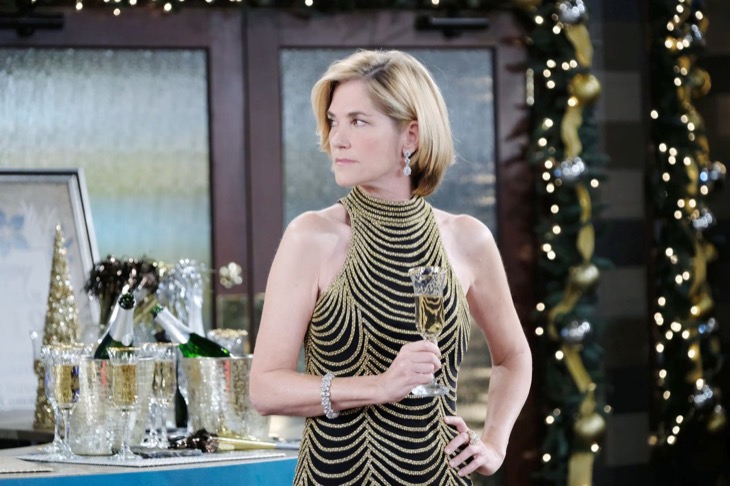 Eve (Kassie DePaiva) has bought Jack Deveraux (Matthew Ashford) back to get revenge on Jennifer for blowing up her relationship with Brady (Eric Martsolf). Will Eve succeed or will love conquer all and Eve be left in the cold once again?

DOOL Spoilers Eve Blames Everyone But Herself

Eve has proven that she hasn’t changed since her first appearance in Salem many years ago. Fans may remember that Eve came to town determined to sabotage Shane (Charles Shaughnessy) and Kimberly (Patsy Pease)marriage because she believed Kimberly have broken up her parents.

However, Kimberly wasn’t the only person Eve ended up causing trouble for her rivalry with Jennifer Horton (Melissa Reeves) began at this time as well. Eve had a crush on Jennifer’s boyfriend, Frankie Brady (ex-Billy Warlock) and was the reason he eventually left town. Ever since then anything that has gone wrong in Eve’s life, has been the fault of anyone but her.

Xander and Leo team up to take over, and Haley has a secret. Watch #DAYS, weekdays on NBC. pic.twitter.com/LGks6xugLY

Jennifer has loved Jack for most of her adult life. Jennifer was devastated when Jack fell down that elevator shaft six years ago. It is a miracle that Jack survived that accident and Jennifer is determined to have her husband back. Jack trusts Eve, but Jennifer and the rest of Jack’s family know what Eve is like and what she is up to by bringing him home. What lengths will Jennifer go to to help Jack remember his family and his love for her?

Both Jennifer and Eve will kiss Jack soon. Jack has been married to both women, one for money and one for love. Eve’s kiss is likely to be one to seduce Jack in hopes of hurting Jennifer further. Will Jack realize this before it’s too late? Jennifer’s kiss is meant to bring Jack’s memory back and free him from the hold Eve has on him. Will kissing the love of his life bring Jack’s memory back before Eve can use him further? Will Jack and Jennifer prove that true love can overcome any obstacle and stop Eve’s evil plan?

Days of Our Lives Spoilers: Is This The End For Ben And Ciara?

Jack knows how evil and vindictive that Eve is, will Jennifer’s love be enough to make he realize that Eve isn’t the friends he believes she is? Will Jack put a stop to Eve’s torture of Jennifer and put an end to her evil revenge plan?