The Bold and the Beautiful Comings and Goings: Nicola Posener Returns to B&B! 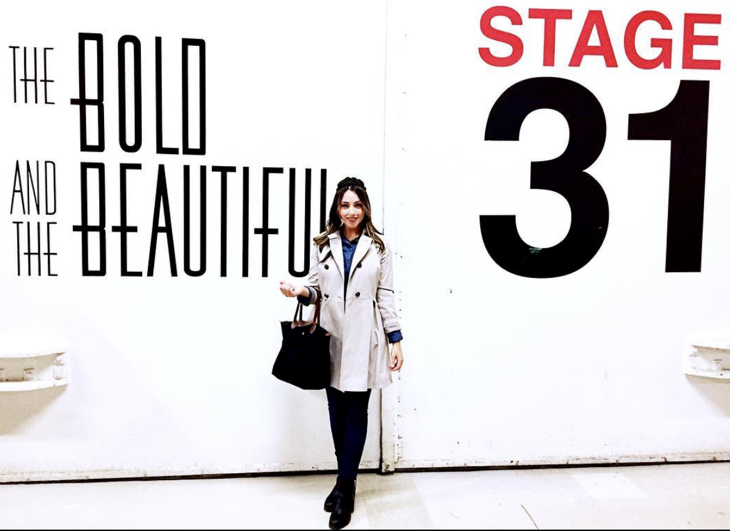 The Bold and the Beautiful spoilers indicate that fans will be seeing a familiar face back on the canvas in the coming weeks. As a matter of fact, new reports say that actress Nicola Posener is returning to reprise her role as Amelia. Here’s what we know.

Reports say the beautiful brunette will be back beginning January 9thto play little Kelly’s nanny. The actress even shared a photo of herself from behind the scenes at The Bold and the Beautiful studios. She captioned it with, “Amelia’s back for more episodes this January!”

Aside from her work on daytime television, Nicola has been keeping pretty busy. The British-born actress has quite a few projects in the pipeline for 2019. They include several television series and films such as Margery Booth: The Spy in the Eagle’s Nest, Endeavor, End of Term, House Red, Angels Fallen, Irl, Synced, Tin Holiday, and many more. She also plays the role of Yvonne on Age of the Living Dead.

And while producers for The Bold and the Beautiful have not made any comments about Nicola’s return or her new storyline, one thing is for certain: we will definitely be seeing more of her in the future. After all, it looks like some of the old feelings that Kelly’s parents, Liam and Steffy once had, are stirring up again. Of course, fans will have to tune in to find out what will happen next!