‘Young and the Restless’ Spoilers: Billy Open To Reunion – Vickie Cautious, But Optimistic About Villy 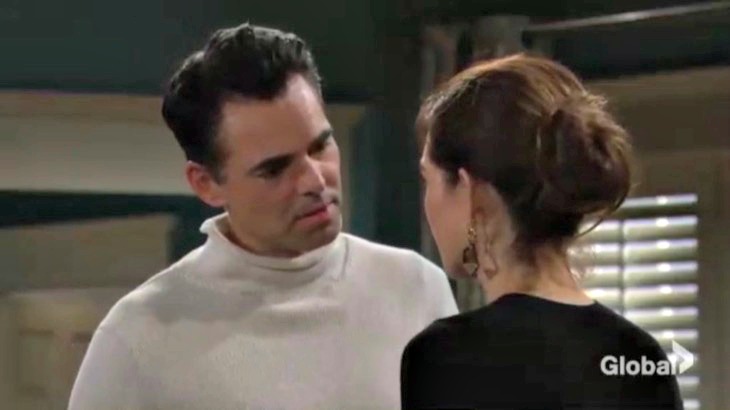 Billy (Jason Thompson) and Vickie (Amelia Heinle) love each other on ‘The Young and the Restless’. That’s not news. However, Y&R’s seeming revival of this once beloved couple is intriguing.

Fans of this iconic daytime steamer strongly supported the many instances of ‘Villy’ when Billy Miller faced this character. That strong actor’s chemistry with Heinle was terrific, which created a truly engaging duo.

Burgess Jenkins was playing Billy when Y&R began the ‘Philly’ experiment. He was replaced by Thompson, who became the recast at the start of 2016. This daytime veteran has since evidenced consistent mojo with Heinle’s alter ego.

The time is ripe for Billy and Vickie to reunite for all the reasons Jill (Jess Walton) detailed. Walton is always welcomed back for however much time her recurring contract status allows. Jill’s presence not only touches show history in a meaningful way, her scripted words consistently hit the mark. As for the actor who portrays this legacy character, well, terrific is just one adjective that can be used to describe her.

As for Vickie, she’s fully open to Billy at this point in her life. Miss Newman has been alone for awhile, due to the tragic circumstances that actually began before mid-April, 2018. That was the period when J.T. (Thad Luckinbill, who masterfully worked the devolved edition of his character) went insane and was accidentally killed by Nikki (Melody Thomas Scott).

Vickie can count on Billy, which he’s proven since her mother’s accident. He’s also terrific with their two young children and a fully positive influence on Reed (Tristan Lake Leabu). That, along with ‘Villy’s’ never-stopped love, makes Billy a legit romantic prospect in the early days of 2019.

Here’s hoping that Y&R isn’t teasing ‘Villy’, as it did ‘Shick’. The head fake for the later couple cruelly kicked those fans in their guts. Daytime devotees who simply want Vickie and Billy to be given another chance deserve a better viewing fate, meaning ‘Villy’ actually comes back.