The Young and The Restless Spoilers: The Truth Finally Comes Out, Will Nikki End Up Behind Bars? 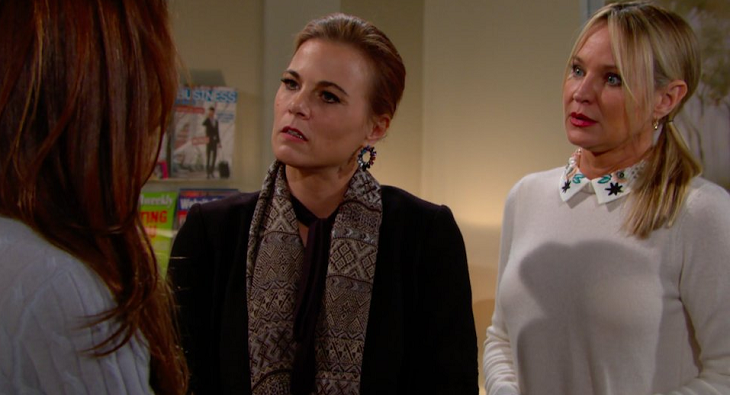 The Young and the Restless spoilers for 2019 indicate that there will be no shortage of drama for this year. As a matter of fact, fans can expect to see the truth finally come out as life in Genoa City will be getting very chaotic and crazy. Here’s what you need to know.

According to CBS Soaps in Depth, Phyllis (Gina Tognoni), Sharon (Sharon Case), Victoria (Amelia Heinle) and Nikki’s (Melody Thomas Scott) life is going to change forever. Ever since Nikki bashed her son-in-law JT (Thad Luckinbill) over the head during what is best described as the worst girls’ night in history, the four women have been trying to hide the truth about his disappearance. But now that the truth is about to come out, the ladies will be shaking in their designer boots as everyone will find out about their twisted alliance.

Former executive producer and head writer Mal Young puts it this way, “In the new year, the truth about JT’s death will finally be revealed, exposing everyone involved, including Nikki, Victoria, Sharon and Phyllis. This bombshell will rock Genoa City to its core and propel your beloved characters into an even bigger and more dangerous mystery with some surprising twists to the tale.”

Our final #ThrowbackThursday for the holidays could only be of these two. ❤️ What present would you put under the tree for Victor and Nikki? #YR pic.twitter.com/nXY8VO8fxh

Young And The Restless Spoilers: Will Someone End Up In The Slammer?

So, does this mean that someone – or maybe everyone – will end up behind bars? Only time will tell. Of course, fans will have to tune in to find out what will happen next! The Young and the Restless airs weekdays on the CBS network. Check your local listings for times. In the meantime, drop us a line with your thoughts in our comments section below. And as always, don’t forget to check back with Hollywood Hiccups for all the latest news, updates and spoilers on The Young and the Restless and all of your favorite daytime television shows right here!