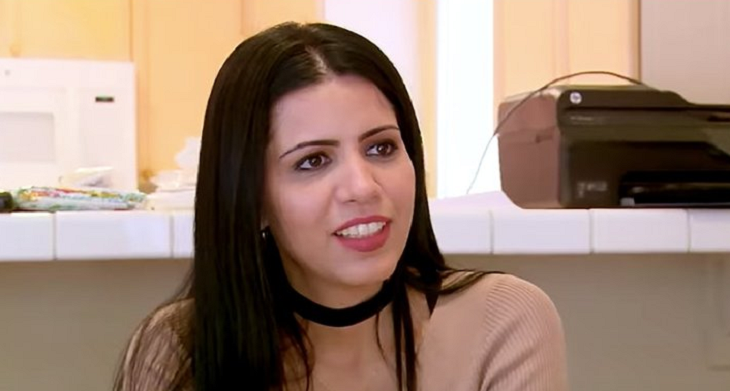 As expected, the first part of “90 Day Fiance” Season 6 Tell-All episode, aired last Sunday, Jan. 6, served up drama–lots of it. There were bouts of screaming, crying, and walk-outs. But nothing was more intense than Colt and Larissa’s rather late appearance.

Colt and Larissa were a no-show for the most part of the episode. The show’s staff did not know if the two would ever show up, but the show had to go on without them. The much-talked-about couple finally arrived, and what an entrance they had! Apparently, the two came from a flight and Larissa claimed she lost her luggage with her clothes and makeup. The 32-year-old Brazilian native refused to go on set without the perfect sexy outfit. After much fuss, the staff was able to appease Larissa and provide a satisfactory dress.

“It’s very sexy, tight, and I’m happy,” Larissa said and she and Colt finally made their way to the set. Unfortunately, they only had 20 minutes before the episode wrapped up.

Other Couples On The Show

The other “90 Day Fiance” couples were obviously pissed at the two late-comers. Fernanda, in particular, wasted no time in calling out Colt and Larissa’s tardiness. Larissa didn’t back down, and the two ladies got into an ugly bout of bickering. Apparently, Larissa and Fernanda have been spewing insults on social media even before the Tell-All shoot. In the end, all the other couples got so fed up and walked out on set–leaving a fuming Larissa and an embarrassed Colt.

Prior to Colt and Larissa’s dramatic entrance, the Tell-All special was pretty uneventful. Kalani and Asuelu, who have recently gotten married, admitted that they are now communicating better. The two are focused on raising their baby while working out their differences.

Jonathan and Fernanda denied rumors of separation and insisted that they are still very much together. As for Eric and Leida, the two were shown a clip of the time when Leida was telling Eric to stop giving child support to his daughter. This made Leida tear up a bit and admitted that she was “a selfish bitch.” Olga, who is currently in Russia waiting for her U.S. visa approval, appeared via Skype. Steven confessed that he did lie about her application, but only because he wanted to get to know her better.

Meanwhile, much of the pre-Colt and Larissa drama was provided by Ashley and Jay. The other couples slammed Jay for being on Tinder just three days after their wedding. Ashley admitted that she still doesn’t trust her Jamaican husband to this day.