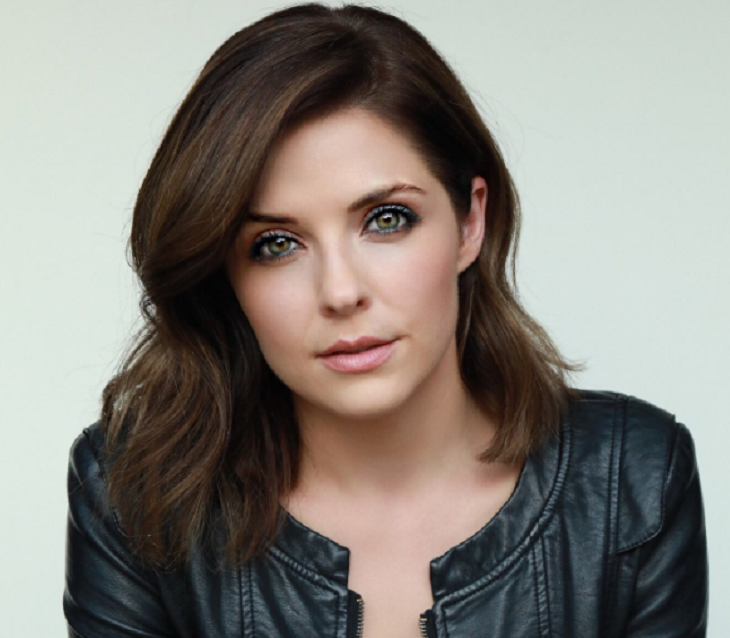 Days of Our Lives star Jen Lilley (Theresa Donovan) will be seen in a new television movie on The Hallmark Channel as she stars in Winter Love Story which airs this month.

This award-winning actress, singer and philanthropist’s acting prowess does not only stay in the corners of DOOL but will take another leap on screen this 2019. Theresa will play Cassie Winslett, the female lead in Winter Love Story.

As per synopsis, Cassie Winslett is a book author who attempted at writing her first novel. Cassie has failed to get her first novel sold, which affected her self-confidence as a writer. In hopes of boosting her confidence as well as her sales, her publisher would pair her with Elliot Somersby (Kevin McGarry), a more seasoned writer and a best-selling author, on a certain book tour arranged for them. As they go alongside each other, a romance would blossom between them.

Initial clips taken from the Winter Love Story movie show the two authors who are all smiles as they do autograph signing on their books being bought during their book fair.

A short teaser on YouTube also shows behind-the-scenes footage and an interview with Lilley and McGarry. In the video teaser, Lilley describes Cassie as someone who learns that “Comparison is the thief of joy.” Cassie’s mother is a renowned book author, who unconsciously motivates her to run away from being a fictional writer because she’s so afraid of being compared to her mom. But, she eventually learned that she really has to embrace it and just become what she needed to be.

We’re kicking off the #NewYear with an all new original movie every Saturday night because, If It’s Saturday, It’s Hallmark Channel and we’re excited to have @jen_lilley on our show to talk more about it! Tune in MONDAY at 10am/9c on @hallmarkchannel. pic.twitter.com/hAzP1NFeJy

Lilley must have loved this new role offered to her as much as she also loved Jen in DOOL. “There’s a quick wit about her and I also love that she has such an honest personality. So, when she’s forced to go on this book tour, she let’s you know that this makes her so nervous. She doesn’t put on a mask,” Lilley relates.

Days of Our Lives Spoilers: Ben And Ciara Split, Will This Push Him Over The Edge?

She also said that Winter Love Story is just a perfect winter romance because it is full of warmth, there’s snow, there is kissing, and there’s an adorable dog, which reminds her of her own dog before.
Winter Love Story which airs on January 19 at 8 p.m. on Hallmark.

Keep watching the NBC soap and check back with Hollywood Hiccups for the latest Days of Our Lives  (DOOL) spoilers, rumors, updates, and news.