Did This Is Us Star Chrissy Metz Diss Alison Brie At Golden Globes? 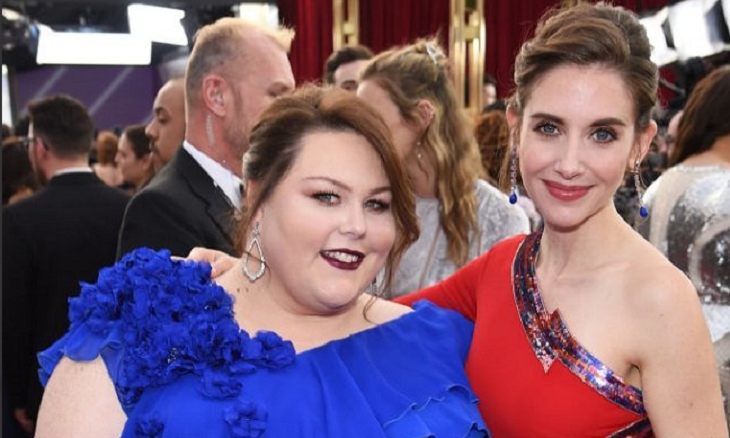 This Is Us star Chrissy Metz and Glow star Alison Brie are in a hot seat due to the rumors saying that they are not in good terms lately. Such claim springs from the rumor saying that the former insulted the latter in one of her interviews.

Rumors Of Chrissy And Alison Tension

Rumors on the said rift between them surfaced after the Golden Globes Facebook Live Pre-Show. On cam, Metz was heard saying, “Do I?” when asked if she knows Brie, sounding like she’s denying that they know each other. In fact, Metz was asked by the co-hosts of the show to help them introduce Brie, and as on-lookers describe it—it was an awkward situation for the both of them.

Some are wondering what’s the fuss about her “Do I?” remark? Well, Metz was even accused of insulting Brie when she continued saying, “She’s such a…” but did not finish her statement. Speculations point to the B**** word as the last word of that unfinished remark.

A bunch of warm sympathy now goes to Alison Brie for being disrespected on cam and worst, it was live. However, as this dramatic rumor continues to spread, Chrissy Metz is trying to stop its fire. She resorted to Twitter, in hopes of killing the intrigues about her and Brie.

It’s terribly unfortunate anyone would think much less run a story that was completely fabricated! I adore Alison and would never say a bad word about her, or anyone! I sure hope she knows my heart. https://t.co/IdeN2x2j9q

And because gossip mongers can’t get enough of that incident, Metz did not just defend herself but also Brie as she commented something that sounds “all praise” for the latter.

“I adore Alison and would never say a bad word about her,” she continued.

Perhaps, to erase all the negativity between them, Metz reassured everyone that Brie knows the kind of heart she has, and that she would never curse anyone at all cost. People may not be able to pinpoint the real score of the two stars after Metz redeemed herself through her tweets. But, for sure, everyone is hoping that ‘all is well’ between them.