The Young and The Restless Spoilers: Victoria and Billy Heat Up, Will Villy Get Back Together? 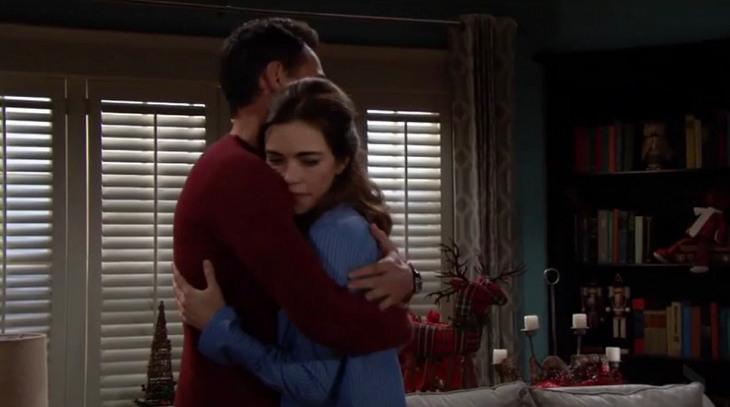 The Young and the Restless (Y&R) spoilers indicate Victoria is leaning on an old love to help her make it through the new year. As a matter of fact, fans can expect to see her getting even more up close and personal with Billy in the coming weeks. Here’s what you need to know.

Y&R Spoilers: Is Villy Back On?

According to CBS Soaps in Depth, one thing will definitely lead to another between Victoria and Billy in the coming weeks. As a matter of fact, executive producer and head writer Mal Young says that fans should expect to see fireworks form these two, as their shocking flirtation will definitely take their relationship to the next level.

Mal tells the publication, “Victoria and Billy will embark on a new chapter of their epic love story. This time, it will be Victoria who will being complications to their relationship thanks to not only the guilt she is experiencing about their involvement in JT’s disappearance, but an unexpected and shocking dalliance that will come her way, too.”

Young And The Restless Spoilers: Is Victoria Ready To Give Billy Another Chance?

With her future on the line, and her feelings for Billy growing stronger every day, will Victoria be able to navigate the waters with her head, or with her heart? Time will only tell, yet it looks like Victoria doesn’t even have much of that on her hands. Mal adds, “This secret will explode in a big way and affect many characters.”

The Young And The Restless Spoilers: Jack Meets With Victor, Offers To Help Clear His Name

Of course, fans will have to tune in to find out what will happen next! The Young and the Restless airs weekdays on the CBS network. Check your local listings for times. In the meantime, drop us a line with your thoughts in our comments section below. And as always, don’t forget to check back with Hollywood Hiccups for all the latest news, updates and spoilers on The Young and the Restless (Y&R) and all of your favorite daytime television shows right here!