Young and the Restless spoilers: JT truth is out—Victor cleared of the murder? 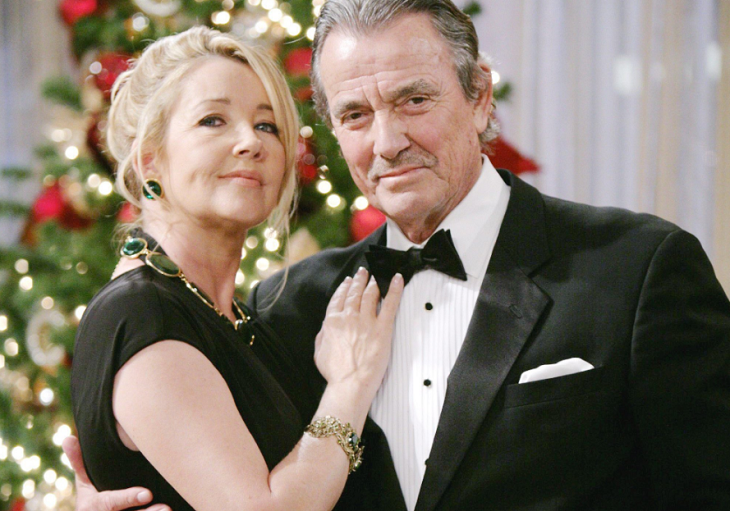 The Young and the Restless (Y&R) spoilers tease that the truth about JT Hellstrom’s (Thad Luckinbill) is out and Victor Newman (Eric Braeden) will be cleared of murder charges. However, we got a few weeks before Rey (Jordi Vilasuso) and Christine (Lauralee Bell) will admit that Victor did nothing wrong and clear the Mustache from all charges.  Here’s what we know so far about what’s ahead on Y&R.

Nikki (Melody Thomas Scott) will confess she murdered JT to Victor during the week of January 7. She will whisper that she had to as he was attacking Victoria (Amelia Heinle). Victor will tell his wife not to ever tell anyone what she did that night. He reassures her that he will find a way out it. Even so, Nikki cannot help but worry about Victor’s fate.

Typical of Christine, she wants Victor to pay for JT murder. For some reason, she believes he did it and she will refuse to admit that she COULD be wrong. Even after she has evidence that he didn’t do it, Christine refuses to back down. Rey finally convinces Christine that Victor is innocent and they agree to look at other suspects.

Young And The Restless Spoilers: Someone Takes The Fall

The Y&R spoilers say that Phyllis (Gina Tognoni), Victoria, Sharon (Sharon Case), and Nikki all escape any murder charges. That is because an unlikely person will confess to the murder. The women will agree after the suspect is arrested and charged, they will never speak about what happened again.

Even though they don’t talk about JT, Nikki cannot shake her guilty feeling about his death. She knows she did what is best for her daughter, but she worries that somehow someone will find out it was really her. Will Nikki crack and admit that she killed JT or will she agree to keep quiet and let an innocent person go to jail? How long before Victor is cleared of JT’s murder? Don’t forget to come back to Hollywood Hiccups later for more Young and the Restless (Y&R) spoilers, news, and casting updates!