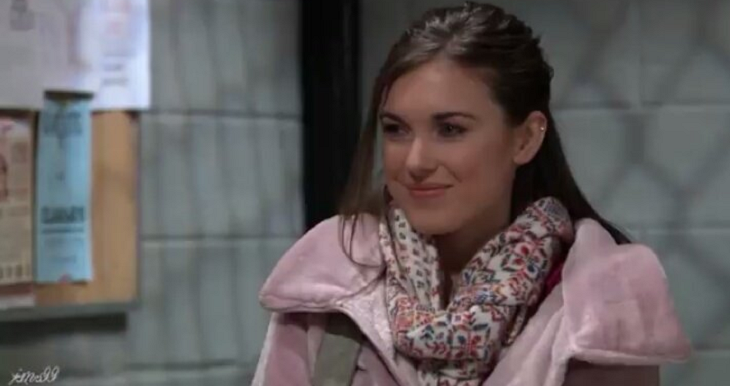 Will the new year see Willow be with Chase? Or will she choose Michael? There is a lot going on in Willow’s life and she continues to deal with the grief after she gave up her baby for adoption. She continues to bond with Michael as they both share the same grief over the loss of someone they love.

GH Spoilers: Who Will Willow Pick?

Although it is true that Willow and Michael have a special connection and that she can be her real self when she’s with him, viewers cannot deny the fact that Willow is also a good match for Chase. It would seem that her feelings for the detective is starting to bloom. “You’re a good man, Detective Chase,” she says to which he responds, “Aw, shucks.”

In an interview, Katelyn MacMullen, who plays Willow, said she thinks Chase and Willow “have potential” and the two characters have a wonderful connection that could lead to romance. At this point, Willow is still conflicted and viewers just have to wait and see who she will end up with.

#GH Today Fri Jan 4: Jordan examines the evidence they’ve gathered so far in the case, she turns to Curtis and confesses: “I need a breakthrough.” Will Ryan ever make a mistake? pic.twitter.com/AMkJh2NLX4

Meanwhile, the whole town is scared as they try to recover from the shocking news about the murder on New Year’s Eve at Port Charles. Ryan continues to deceive everyone as he pretends to be Kevin. But how long will his deception last? Sooner or later, someone will find out about his secret. Will the truth be revealed before he claims another life or will he murder someone else first before the people in Port Charles find out the truth?

General Hospital Spoilers: Who Is Ryan’s Next Victim?

“General Hospital” spoilers tease that Laura is on the phone talking to someone at the gym, when she felt someone touch her shoulder. She turns around and sees Ryan’s face which she believes is her husband Kevin. When will she discover the shocking truth? Does she have any doubt in her mind that something is terribly off with the man she calls her husband? Also, what is Ryan planning now? Who will be his next victim?