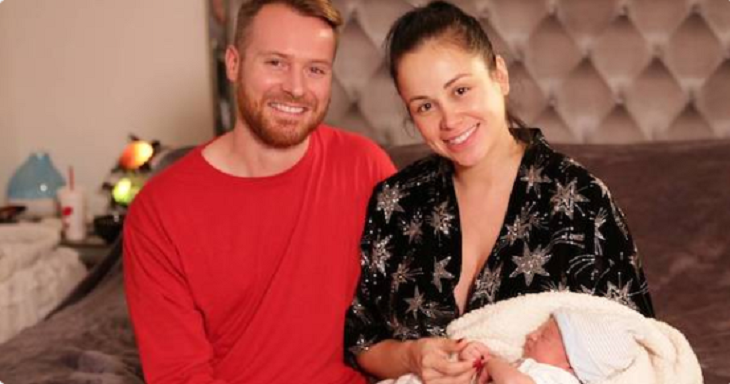 Paola Mayfield is one sexy momma! The “90 Day Fiance” alum gave birth to her first baby on Jan. 1 this year and just a week later, she’s ready to flaunt her post-baby bod!

Paola Had A Baby Boy!

The 31-year-old Colombian native recently took to Instagram to post a mirror selfie of her little family. The photo, taken from their bathroom, shows her husband Russ holding their baby Axel. Pao’s reflection can be seen holding the phone as she took the snap. She’s standing beside Russ in her underwear, bearing her arms, belly, and thighs.

Considering that she’s given birth only a week ago, Pao surely looks good, healthy, and fit! The reality star stated in the photo’s caption that she’s not doing any diet. She credits her good figure to just resting when she can.

“In a couple of hours, it will be officially one-week postpartum and my body is healing great with no crazy diet and resting when I am able,” Pao wrote.

Pao Admitted Being A New Mom Is HARD!

The new mom also admitted that caring for her one-week-old son is a lot of “sleepless nights and a lot of work.” Still, she said that all the challenges are worth it because of her baby boy.

Pao and Russ, who starred in the first season of 90 Day Fiance and several spin-offs after that, announced their pregnancy in July last year. A few months after, they revealed that they were expecting a baby boy. Pao also revealed that she suffered a devastating miscarriage back in 2017, which was a particularly tough year for her and their marriage. Baby Axel, born exactly on New Year’s Day, is indeed a blessing and a miracle to the couple.

In the same IG post, Pao also announced that she just launched her fitness website where she will be posting workout programs and meal plans. The part-time model is known to be a fitness enthusiast and a gym rat, often posting workout videos on her social media.

Now that the current 90 Day Fiance season is about to end, it is unclear whether TLC will air another season or a new spin-off. Fans could only wait to find out if Pao and Russ will be coming back to the hit reality show.