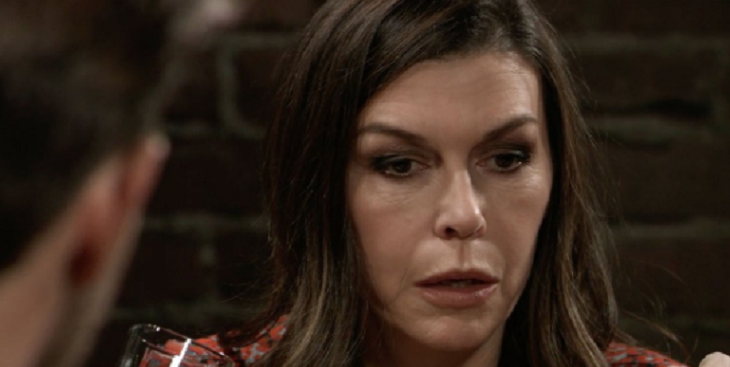 General Hospital (GH) spoilers for Friday, January 11, 2019 reveal confrontations, questions and support. Alliances are terminated while friends angrily fight. Someone copes with a dangerous health crisis. GH fans will not want to miss out on Friday’s episode of the ABC soap opera!

GH sources show Dr. Liesl Obrecht (Kathleen Gati) confronts Valentin Cassadine (James Patrick Stuart), in front of her niece Nina Reeves (Michelle Stafford). Dr. O wants to know whether it will be Valentin or her who is going to reveal what they’ve been keeping from her. How will Valentin react to Liesl’s attitude?

Franco Baldwin (Roger Howarth) finds Ava Jerome (Maura West) on the docks and he demands to know what the hell she is doing.

Sonny Corinthos (Maurice Benard) proves to Drew Cain (Billy Miller) that they are still friends, when he offers him any help he needs. Will Drew take him up on the offer and do whatever it takes to save his dying son, Oscar Nero (Garren Stitt)?

General Hospital spoilers reveal Ryan Chamberlain (Jon Lindstrom) meets with someone, saying he believes the time has come that the two of them stop working together. Who is Ryan talking to?

Mac turns to "Kevin" for help understanding Ryan's copycat, West Coast. But how will the killer use the insight? A brand-new #GH STARTS NOW on ABC! pic.twitter.com/n4ZwS9ZdqA

At GH, Dr. Griffin Munro (Matt Cohen) seems extremely frustrated with Dr. Hamilton Finn (Michael Easton) and argue with him, saying that Finn really needs to stop acting like he doesn’t have a medical degree.

Meanwhile, Peter August (Wes Ramsey) tends to his mother, Anna Devane (Finola Hughes) who has fallen to the ground doing their coffee date. Everything seemed to be going well until Anna is clearly in crisis when she reveals that she cannot see anything. Who is going to help Anna and will she be able to regain her vision?

Be sure to tune into ABC’s General Hospital (GH) on Friday, January 11, 2019 to catch up on everything happening in Port Charles right now. Check Hollywood Hiccups often for updates, news, rumors and spoilers!