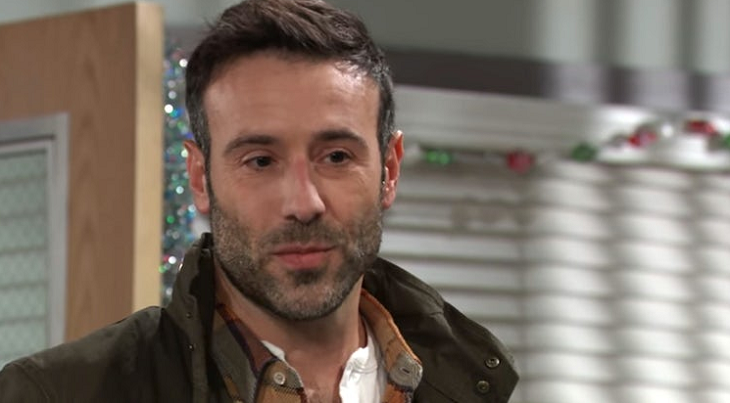 General Hospital spoilers tease that Drew Cain (Billy Miller) may soon decide he needs to get his memories back, even at the risk of losing memories made in the past five years or so. Here’s what we know so far about what could happen next on GH.

GH Spoilers: Hank Could Force Drew’s Memories To Flood Back

There also will come the risk of memories surfacing that he may not have wanted to remember, such as torture on Cassadine Island when he was under Helena Cassadine’s (Constance Towers) and Cesar Faison’s (Anders Hove) control. Hank/Shiloh may be the main reason Drew comes to this difficult decision, either because the information contained in his Navy Seal records that was redacted may be needed, or possibly Shiloh will give him the needed encouragement to proceed! It all depends on whether Shiloh’s intentions are pure, or evil as to whether Drew might need to get his memories back!

Of course, Drew won’t have memories of such things as his son Oscar Nero (Garren Stitt) as a baby since he was deployed before he ever had a chance to know Kim Nero (Tamara Braun) was pregnant. But he doesn’t want to lose his memories of his daughter Scout (Palmer and Poe Parker) either. But then, anything’s a guess with a memory mapping procedure; he may not lose his shorter-term memories just because his older ones are restored, or brought to the surface; there’s always a chance that they are buried rather than removed. His Jason Morgan (Steve Burton) memories may just be on top of his own, and not totally replacing them.

GH Spoilers: Is Hank A Good Or Bad Guy?

If Hank aka Shiloh truly is a wolf in sheep’s clothing, and his desire to help and to pay it forward for Drew saving his life is a front for something much more dangerous and nefarious, not only Oscar, who lives in the cult house, but Kristina (Lexi Ainsworth), Sam McCall (Kelly Monaco) and by extension their daughter Scout could all be in danger; and that might be a good reason for Drew to regain his past. He may need to save his present and future! Stay tuned to GH and check General Hospital spoilers frequently to see how these mysterious connections and ties from the past to the present are uncovered!