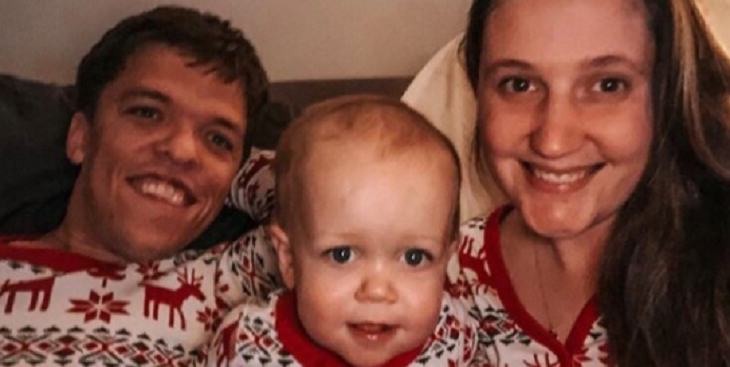 According to Tori, Jackson’s day started pretty great, actually. Along with Tori’s husband Zach, the mother-and-son drove to the happiest place on earth for a mini getaway. But as they were getting in line for the Peter Pan ride, Tori felt Jackson pulling away from her. She immediately noticed that something was wrong with her son’s arm.

Baby Jackson suffered from another bout of Nursemaid’s Elbow, which Tori partly attributes to his dwarfism. According to KidsHealth.org, the injury is common among toddlers and preschoolers. This happens when a ligament dislocates and gets caught between the elbow joint. Toddlers with dwarfism could be more prone to this injury, as this wasn’t the first time for Jackson to experience it. While it can be very painful for the child, Nursemaid’s Elbow fortunately does not cause long-term damage.

What a day. It started out pretty miserable. Actually it was great at first- driving to Disneyland getting in line for our favorite ride (Peter Pan). That’s where things went south. Jackson is prone to nursemaids elbow (could be a dwarfism thing or it could just be a Jackson thing). He was pulling away from me in line and it happened. I knew right away that we were in trouble and Jackson would need to see a doctor. I was so bummed. Bummed because we had to leave my favorite place on earth before we got to do anything and bummed that my poor boy was in pain. Well lucky for us by the time a doctor saw him it had already been reduced and he was using his arm again which meant we got to go back to Disneyland (with lots of cuddles and some Tylenol behind us). It was a good reminder for myself. I tend to put a lot of excitement and expectations on Disney because it’s such a special place to me. But it was a good reminder that things don’t always go according to plan and you have to roll with life. I am so thankful Jackson was such a champ today. He rallied harder than anyone and we were still able to enjoy moms favorite place! Love you Disney. Thanks for the magical day! °o° #babyjroloff #zandtpartyofthree Ps this was taken after Jackson was fast asleep. We didn’t need to wake him for this photo!

“I knew right away that we were in trouble and Jackson would need to see a doctor,” Tori Roloff wrote in her IG. “I was so bummed. Bummed because we had to leave my favorite place on earth before we got to do anything and bummed that my poor boy was in pain.”

Thankfully, It Was Not Serious!

Thankfully, Jackson’s elbow got better after seeing a doctor and “lots of Tylenol.” Zach, Tori, and Jackson all got to go back to Disneyland and enjoy the rest of the day. Tori called her son a “champ” for getting through his painful boo-boo.

“I am so thankful Jackson was such a champ today. He rallied harder than anyone and we were still able to enjoy moms favorite place!” Tori stated.

Jackson Roloff is turning two years old in May. Like his dad Zach and grandmother Amy, Jackson was born with achondroplasia, a particular type of dwarfism. As the first Little People, Big World grandchild, he is part of the long-running reality show and appears with his famous family.

Celebrity Big Brother US Season 2 Cast Leak: Find Out Who Could Be Entering The #BBCeleb House

LPBW is set to return with a brand-new season this year. Reportedly, the Roloff family has finished filming scenes for the new season but TLC has not announced its premiere date.