The Young and the Restless (YR) Spoilers: Reed Shocked By the Truth – J.T. Answers Are Incredible 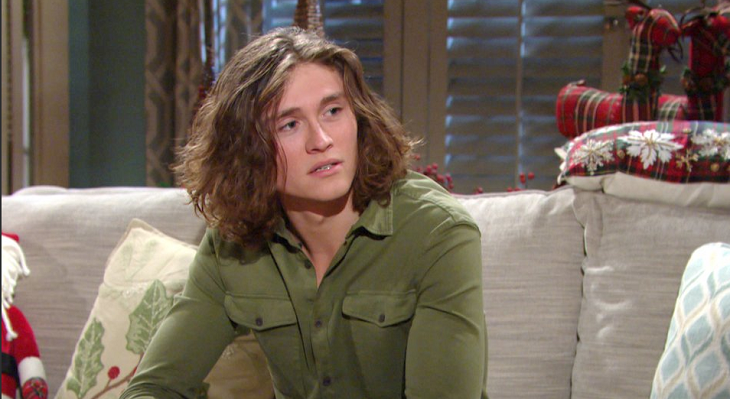 Reed (Tristan Lake Leabu) wanted to have a memorial service for his father on ‘The Young and the Restless’.  His well-intentioned idea created drama, which fits with the storyline he and the other connected characters have been written into.

But how would a grandmother keep herself composed at an event where the man being memorialized devolved into a monster? Such is Nikki’s (Melody Thomas Scott) dilemma, as she’s the one who killed Reed’s dad, albeit accidentally. Though the subsequent unlawful burial was very purposeful.

However, Phyllis (Gina Tognoni) is not about to let Nikki reveal the “Fearsome Foursome”, as Vickie (Amelia Heinle) recently dubbed the now infamous four-lady contingent, which also includes the still-conflicted Sharon (Sharon Case). The transforming ‘Red’ is increasingly defensive and with that revert to the old Phyllis’, has become dangerous herself.

Young And The Restless Spoilers: Reed Will Be Rocked By The Truth!

Leabu, who is a terrific young actor, has already delivered stellar work in a variety of stories leading into this mega-tale. Considering all that’s happened since last spring, the recent hit-and-run, and Victor’s (Eric Braeden) current murder charge, Reed will definitely be shocked by the truth he will soon learn. J.T.’s unseemly end and the manner of his erasure will shock this young man’s senses, creating an unpredictable response.

While this arc has gone long, credit is offered to departed executive producer and head writer Mal Young and his team for creating a complex plot that has many built-in points of conflict. This dominant storyline continues to impact a massive number of Genoa City personalities, which was its intention.

As for Reed, he feels comfortable in the home where his father last lived, literally. That makes Nikki’s urge to confess and Phyllis’ attempt to block her all the more compelling.

Y&R Spoilers: What’s Next For Reed?

Viewers feel that there’s a bit more script left to be delivered to them. But the recent job shift of Tony Morina to executive producer and Josh Griffith’s move back to being head writer means that their collaborative work will soon be delivered.

The Young And The Restless Spoilers: Jack Meets With Victor, Offers To Help Clear His Name

Both Y&R veterans assumed their slots in late December. Considering soap operas advanced recording schedule being six weeks ahead, viewers will be shown the new regime’s work in approximately early February. That jump-off point seems primed as the climax to this important daytime story.