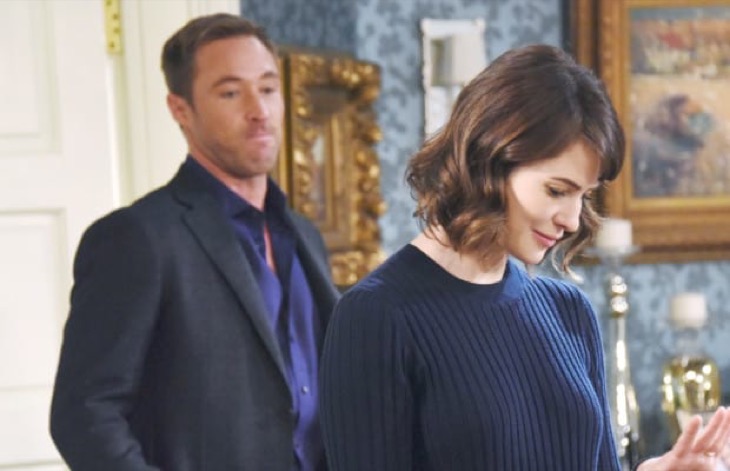 “Days of Our Lives” spoilers reveal that Rex (Kyle Lowder) returns to Salem. He is determined to win back Sarah (Linsey Godfrey). However, he ends up making a confession that could push Sarah into Eric Brady’s (Greg Vaughan) arms.

Last time Rex was in town, it was revealed that he slept with Mimi (Farah Fath) and the two produced a child together. Of course, the revelation could not have been made privately. Sarah ended up finding out along with several other Salemites. Not only was she heartbroken, but she was publicly humiliated.

“Days of Our Lives” spoilers reveal that Rex has not given up on Sarah. He wants her back and is determined to make things right with her. However, Sarah has been spending a lot of time with Eric. She is trying to help him win custody of Nicole Walker’s (formerly Arianne Zucker) baby girl, Holly. But fans can see that the two really are getting closer, especially with how fiercely Sarah is defending Eric.

It is not known the details of Rex’s newest confession. However, it is something that will push Sarah into Eric’s arms. Does Rex have any kind of chance with Sarah or is their relationship over permanently? Is Eric the man of her dreams? Or will Rex, Sarah, nd Eric end up getting involved in a complicated love triangle? Only time will tell what will happen with these three characters.

Do you think Sarah should go back to Rex or should she try a romance with Eric?

Keep watching the NBC soap to find out what happens next on “DOOL”. Come back to Soap Opera Spy often for the latest “Days of Our Lives” spoilers, updates and news.