Young and The Restless Spoilers: Jack Catches Kerry In A Lie, Rocks Their Relationship 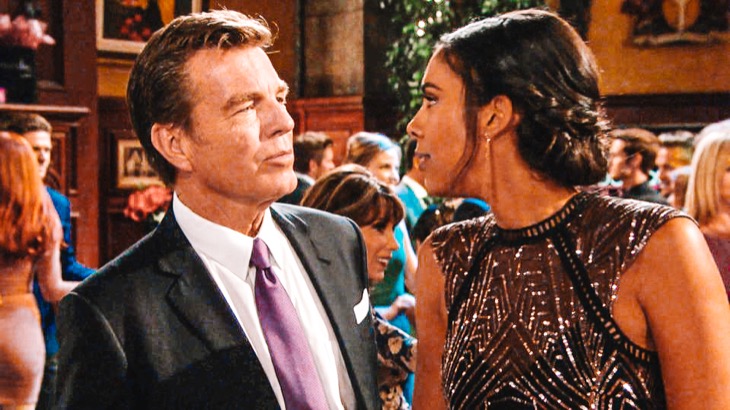 The Young and the Restless (Y&R) spoilers for the week of January 14 reveal that Jack Abbott (Peter Bergman) will catch Kerry (Alice Hunter) in a lie. It will lead to the former Jabot CEO questioning his relationship with the brilliant chemist. Here’s what we know about this juicy storyline.

Jack hasn’t been with anyone for the past few years. After his painful breakup with Phyllis (Gina Tognoni), he wasn’t interested in romance. He was briefly with Gloria (Judith Chapman), but that fizzled out.

Imagine Jack’s surprise when he lets his guard down with Kerry, only to learn she has a few really big secrets. And, these secrets are ones that could be deal breakers. The Y&R spoilers do not give the scoop away, just that the secret will rock Jack and Kerry’s relationship.

At first, Dina wants Kerry to leave, but when Kerry starts complimenting Dina on her business skills and Mergeron, Dina says: “Let the woman talk. What was your name now dear?”

Even though Jack knows that he should back away from Kerry after he learns her secret, he finds himself drawn to her and wanting to spend more time with her. He knows he should stay away, but after spending so much time alone, he is happy that someone wants to be with him.

The Y&R spoilers state that when her secret comes out, it will be devastating. If someone finds out Jack knew beforehand and didn’t keep his distance from her, he will have to explain why he didn’t end their relationship right away.

Do you think Jack’s falling for Kerry? What do you think is her big secret? Don’t forget to come back later for more Young and the Restless (Y&R) spoilers, news, and casting updates!