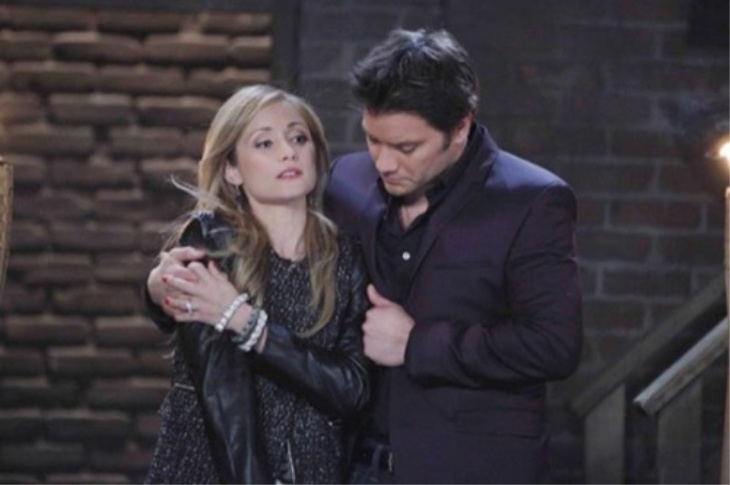 It looks like Lulu (Emme Rylan) might have the love of her life back come back home sooner rather than later. As a matter of fact, there are new General Hospital spoilers that say there’s a chance that Dominic Zamprogna might return to Port Charles to reprise his role as Dante. Here’s what you need to know.

Late last year Dominic left General Hospital to pursue other opportunities in the entertainment industry. Yet, it looks like the daytime television world might be calling his name again as the handsome actor might be back on the canvas in no time. Even though there was speculation that General Hospital producers would recast the role, that hasn’t happened yet.

And now actress Emme Rylan, who plays Dante’s wife Lulu on the hit show, tells ABC Soaps in Depth that he character truly misses the love of her life, especially since she is about to face quite a few challenges in the upcoming weeks. She tells the publication, “There are so many things they can do right now. Lulu really misses him. I would like to see her fall apart. She’s just had it together for too long. Let her fear that he’s not coming back or that he’s dead! And let her unravel for a little while before Dom possibly comes back.”

Sonny: If you need to distance yourself, it's okay w/me.
Laura: It's not okay w/me. We've been friends for years, Dante is married to Lulu, & your Spencer's favorite uncle. It's too late to pretend we don't know each other.#MauriceBenard #GenieFrancis #GH pic.twitter.com/rruncAd7Jt

If that weren’t enough, Emme also says that she’s looking forward to seeing Lulu’s life get complicated. She added, “I like conflict. I became an actor to play conflict. So bring it on!”

Of course, Dominic himself has not made any comments about possibly returning to General Hospital in the near future. Right now, he is working on Season 2 of Amazon’s original series, Tin Star. With that being said, a lot of fans know that anything can happen at any time. It’s without a doubt that Dominic’s fans have their fingers crossed that he will be back in no time! General Hospital airs weekdays on the ABC network.

Let us know what you think in our comments section below. Also, check back with Soap Opera Spy for all the latest news, updates and spoilers on General Hospital and all of your favorite daytime television shows right here!