90 Day Fiance Spoilers: Larissa Christina Dukes It Out With Everyone 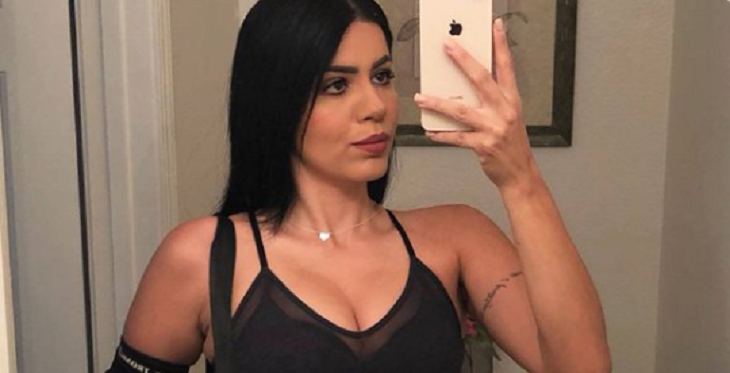 They say “love is worth fighting for”, and this is what Larissa Christina is up to in 90 Day Fiance, most probably. Christina is involved in a catfight with her co-cast members, recent preview clip shows. The exact cause of the rift isn’t revealed yet but speculations point to their personality differences as one that may have contributed to their constant disagreement in the American documentary series.

The fire has started after everyone aired their feelings and thoughts toward each other in the first part of the Tell All episode. Everyone thought that the drama is over but recently it shows otherwise. Looks like everyone is against Christina, and as one source puts it, everyone gets jealous about her being the ultimate queen of the competition.

Larissa is seen with Colt Johnson as they showed up together in the set. The rest of the cast members were seen shocked by their grand entrance, thinking that the two are just demanding for a special attention.

The tension arose when Fernanda Flores spilled insults toward her. Well, Flores’ demeanors may have been triggered by the accusations, shouts, and tears that have already taken place just before Colt and Larissa arrived. Rumors add that the two cleared the stage after the drama, and still managed to take their graceful exit.

But, what really happened prior to this?

It's over for #90DayFiance's Colt Johnson and Larissa Dos Santos. Colt has filed for divorce following Larissa's arrest. https://t.co/NiuH9FOew3 pic.twitter.com/j4RReivlRM

90 Day Fiance: Larissa and Colt At Odds With The Rest Of The Cast

Previous reports say that Christina blurted out on Tell All about her plight with her hubby, Johnson, during their taping in New York. She shared of missing their flight, not to mention, losing her luggage. She even arrived on set without makeup and had a hard time picking up her wardrobe.

Reports add that her co-cast members might have only misinterpreted them. Christina herself feels how negatively they are perceived by the rest.

“We knew that everyone there was upset,” she shared.

She also tried to read their minds, saying that their co-cast members might be thinking that she and his husband think that they are big stars, something that she really dishes out. As 90 Day Fiance airs its season finale on January 13, all ears are ready for Christina and Flores’ reconciliation, if any.