Days of Our Lives Spoilers: Xander Tries to Manipulate Leo, but Has He Met His Match? 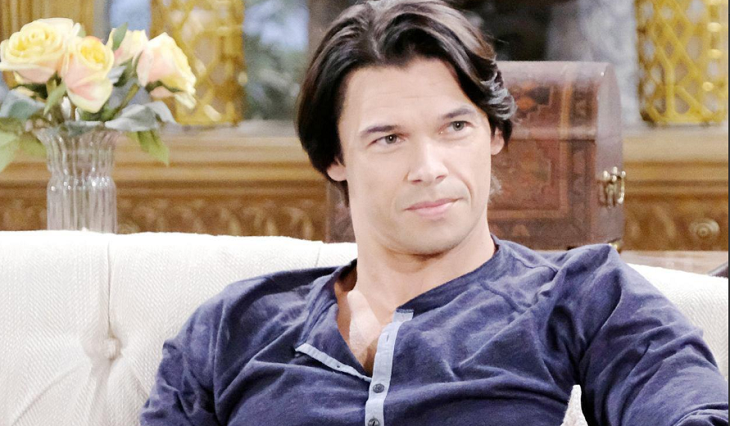 Days of Our Lives spoilers reveal that Leo (Greg Rikaart) urges Xander (Paul Telfer) to accept his proposal. Of course, Xander being the villain that he is will try to use it to his advantage. However, has he met his match? How will this scandalous storyline play out?

It is teased that Xander has an answer to Leo’s indecent proposal. Both men are master manipulators, although they have different motivations. Leo is smitten with the recently returned villain. However, Xander doesn’t feel the same way. He is lured back because he wants a piece of the Kiriakis fortune. Even so, don’t expect Xander to immediately dismiss Leo’s offer.

Days of Our Lives spoilers suggest that either the two will work together or they will become enemies. Leo does have a tendency to go too far and Xander might react badly. In Voldemort, there is a picture of the two in bed together. However, it doesn’t appear that Xander expects Leo to be sharing the sheets. In fact, another photo on social media shows Xander threatening Leo.

Then, there is the tidbit that Xander tries to manipulate Leo. They keyword here is “tries.” It is possible that Leo sees right through the facade and strikes back.

What do you think is going to happen with Leo and Xander? What is in the future for these two controversial Salemites?

Days of Our Lives Spoilers: Jack and Jennifer Get Closer, Eve’s Plan to Go Up in Smoke?

Keep watching the NBC soap to find out what happens next on DOOL. Come back to Hollywood Hiccups often for the latest Days of Our Lives spoilers, updates and news.