Days of Our Lives Spoilers: Casey Moss On Haley, Hints Salem Newcomer Is ‘Good for JJ’ 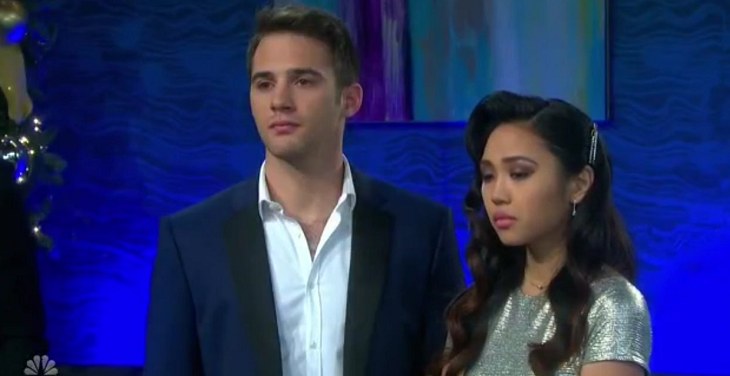 Days of Our Lives (DOOL) spoilers tease a possible romance between JJ (Casey Moss) and Haley (Tria Megia). However, with all of her secrets and suicide attempt, fans wonder if she is bad news. During an interview, Moss explained that Haley is good for JJ, but that he isn’t necessarily good for her.

It is hinted that Haley’s big secret is that she is an undocumented immigrant. This isn’t just a problem for her if she ever gets found out. It also creates complications for her sister, Melinda Trask. She will be running against Abe Carver (James Reynolds) for the mayor position. Any kind of controversy could ruin her campaign.

#DOOL Week of Jan 7: After helping to save Haley’s life following her suicide attempt, JJ has been drawn to the beautiful young nurse. But he could be getting himself into trouble because this new girl in town is hiding a big secret. pic.twitter.com/ioaItchZMJ

Besides the surprising connection to Melinda, there is a romance blooming between JJ and Haley. Fans are divided on this union, especially with Haley’s suicide attempt and big secrets. Some worry that Haley might not be good for JJ. However, actor Casey Moss disagrees. Hinting Days of Our Lives spoilers regarding JJ and Haley to ABC Soaps in Depth, he explained,

“[Haley] is good for JJ – probably more so than he is for her, to be honest, but it goes both ways.”

This statement seems to suggest that JJ might not be good for Haley, not the other way around. What do you think of the budding relationship between the two Salemites?

Days of Our Lives Spoilers: Xander Tries to Manipulate Leo, but Has He Met His Match?