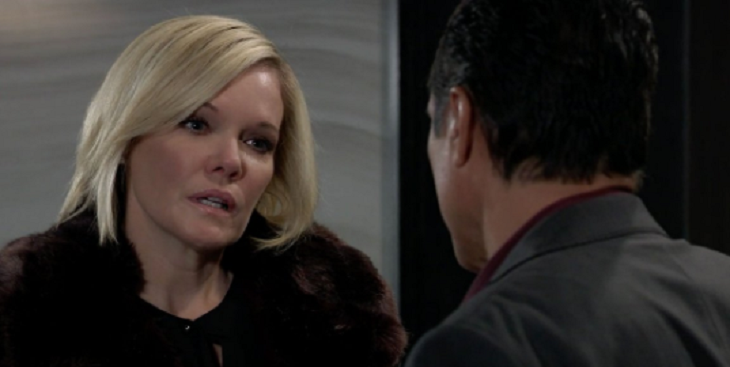 General Hospital (GH) spoilers tease that drama is about to explode in Port Charles in the coming weeks. That’s because everyone is going to be on edge as more and more information is coming out about the serial killer that is on the loose. Here’s what you need to know.

If there is one thing that has been on Ava’s mind, it’s revenge. This might mean that someone in the Corinthos family’s life might be in danger. Also, Dante tells his wife Lulu that it’s time for him to come home. He wants to help his fellow Port Charles Police Department detectives solve the mysterious murder mysteries in his hometown. But if he is willing to do that, he might as well come home right away as there are several people close to him that are being targeted by the serial killer.

Ryan, meanwhile, is less than thrilled to find out that Laura and Carly are determined to fix things over at the mental institution. They want to uncover the truth about Wilson Ritter, who he is, and what crucial information he might be hiding.

"How bad was the damage to my eyes?" #GH55 pic.twitter.com/KcbDEy8GMg

Elsewhere, there is something going on between Anna and her estranged son, Peter. Will they ever be able to put their differences aside and hopefully work on building a new mother and son relationship in the future? That’s what fans can’t help but wonder. General Hospital co-head writer Shelly Altman puts it this way, “He doesn’t want to hate his mother. But it’s not necessarily easy to move beyond the things which happened in the past.”

Unfortunately, whatever progress Anna and Peter make will hit a road block when she has a major health crisis. Also, expect to see Ava set up a trap to unmask Kiki’s murderer. Jason and Sam will also get more information about the mysterious Shiloh, yet little does she know that he might share a connection with her con-woman past!

Let us know what you think in our comments section below. Also, check back with Hollywood Hiccups for all the latest news, updates and spoilers on General Hospital and all of your favorite daytime television shows right here!