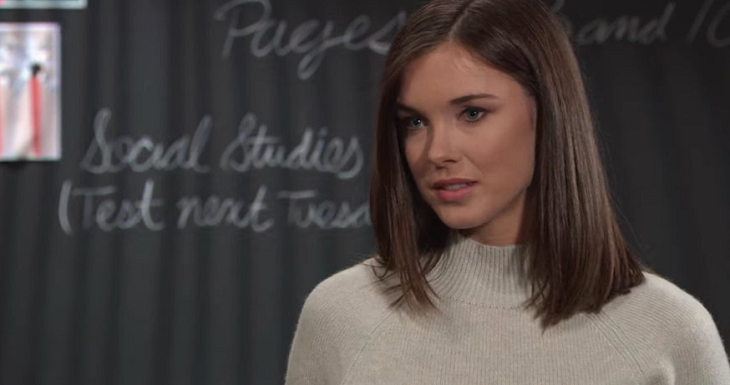 General Hospital star Katelyn MacMullen talks about her character’s feelings for potential love interests Chase and Michael. Willow has a lot of things going on. She has her students and her grief for giving up her child for adoption to keep her mind occupied. All these mean getting into a relationship with a guy like Chase is the last on her list of priorities.

GH Spoilers: Chase And Willow Have A Connection

In an interview with Soaps In Depth, actress Katelyn, who plays Willow, said that Chase and Willow “came as a surprise to one another.” She admitted that the two have a good chance of ending up with one another not only because they look good together, but they are also honest about their feelings and they have this undeniable chemistry.

But she also shares a special bond with Michael, who is also her confidant. “Maybe it’s because they are sharing the same grief and opened up to each other about that when they couldn’t do that with anybody else.”

“Michael became the person Willow talked to about everything. With Chase, for whatever reason, she feels she has to hide what she’s been through and who she is, to a degree. It’s a different thing drawing her to each man — it’s a body versus heart thing,” she added.

However, there is one thing that will make things complicated for them and that is Michael’s connection to Brad and Lucas’ baby. Because of Nelle’s baby swap, Michael does not know that he is the real father of his godson, Wiley. Willow, on the other hand, thinks Wiley is her son and discovering that Michael is his godfather will make things awkward for them both. Willow is happy that Wiley has Michael in his life, but this will also make her feel more guilty about her secret. Despite that, MacMullen hinted that Michael has a good chance of stealing Willow’s heart and it will surely be a close fight between him and Chase.