The Young And The Restless: The Only Way For Victor To Save Nikki Is JT Is Alive, Is It Possible? 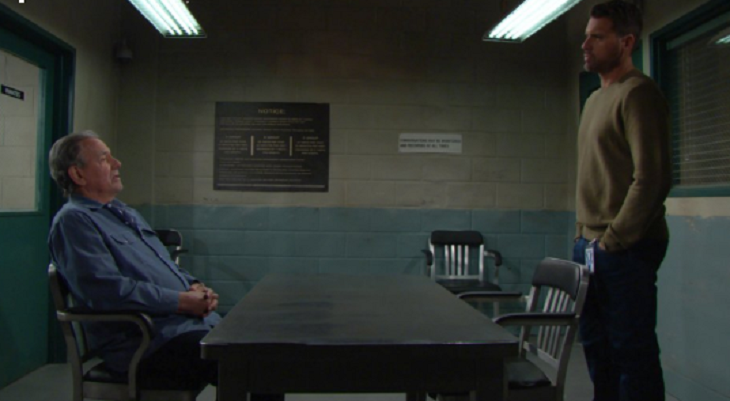 The Young and the Restless (Y&R) spoilers for the week of January 21 reveal that someone will confess to JT Hellstrom’s (Thad Luckinbill) killing but it will not be the real murderer. The growing social media speculation is that JT is not dead, he’s alive somewhere. And, according to the wild rumor, it will come out he never died and so Nikki (Melody Thomas Scott) is not guilty of murder.

Nick (Joshua Morrow) and Victor (Eric Braeden) Newman are worried about Nikki cracking and confessing to JT’s murder. They want her to stay strong but the guilt is slowly killing her. The only real way to save Nikki is for it to come out that JT is not dead. Rather, someone, possibly Phyllis Abbott (Gina Tognoni) saved his life and they kept him hidden from everyone. While this may be a wild out their theory, it’s really the only way to save Nikki from a jail sentence.

The mistake the women made that night when JT attacked Victoria Newman (Amelia Heinle) was they did not report his death. And more than that, the women covered it up, buried his body, and continually lied to the police and their loved ones. If they would have been honest, it would have been a clear self-defense case. However, that is no longer the case.

The only way Nikki can escape this without a long prison sentence is for JT to be alive somewhere. The word on social media is the JT storyline will wrap up over February sweeps. So, the fans will not have to wait long to see how it will all play out.

The Young And The Restless News: Shemar Moore Tags Kristoff St. John On Instagram, Talks About The ‘Brothers’ Reuniting

Do you think JT is still alive? Don’t forget to come back for more The Young and the Restless (Y&R) spoilers, news, and casting updates!