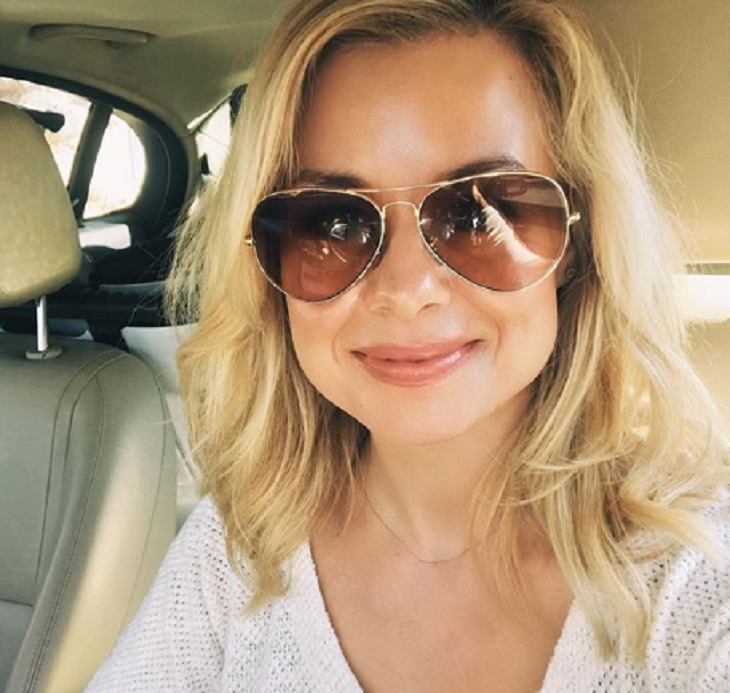 Young and the Restless (Y&R) alum Jessica Collin (Avery Bailey) landed a new acting gig. She hasn’t been very active since leaving Y&R several years ago. The actress got married and had a baby girl. She suggested she was ready to get back to work back in November. Here’s what we know so far about her new acting role.

Collins landed a role in Dolly Parton’s Netflix eight-episode series called Heartstrings. Each episode will be based on a different Parton song. Jessica will play the party of a woman named Monica in one of the episodes.

The press release on the series stated, “The eight one-hour episodes will feature new and classic music from Parton: love stories, inspirational tales, Westerns and revenge comedies. The series will follow a template set by the pair of TV movies NBC made with Parton based on her song “Coat of Many Colors.”
Other soap stars to appear in the new series include: Scott Reeves (Steven Webber, GH), Dolly Parton, Ginnifer Goodwin, Kimberly Williams-Paisley, and Willa Fitzgerald.

Many Young and the Restless viewers have voiced their desire to see Avery come back to Genoa City. They suggested she come back to reconnect with Nick Newman (Joshua Morrow) or visit her sister, Phyllis Abbott (Gina Tognoni). At this point, Collins is not interested in coming back to the show long term or for a short arc. She is keeping herself busy with prime time and streaming acting gigs.

The Young And The Restless: The Only Way For Victor To Save Nikki Is JT Is Alive, Is It Possible?

Are you going to watch Jessica Collins in the Netflix Original Series: Heartstrings? Don’t forget to come back for more The Young and the Restless (Y&R) spoilers, news, and casting updates!