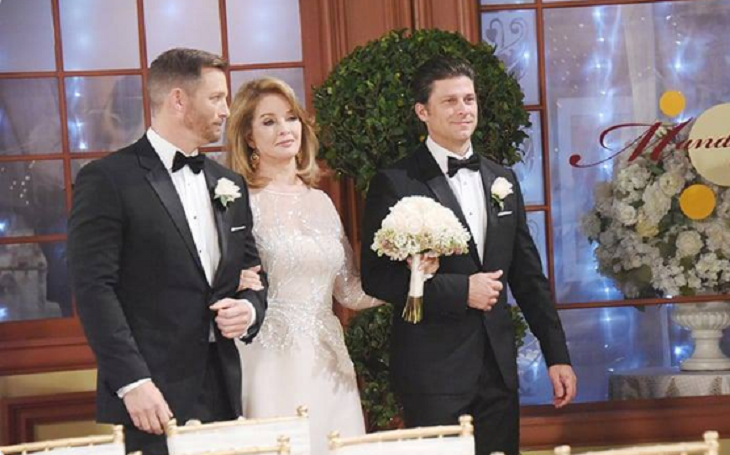 Days of Our Lives spoilers confirm that Dr. Marlena Evans (Deidre Hall) will be part of a new storyline. It involves Hayley (Tria Megia) and DA Melinda Trask (Laura Kai Chen). It turns out that when a secret is revealed, one of the women will threaten the good doctor.

When Haley was first introduced, she attempted suicide. JJ Deveraux (Casey Moss) found her unconscious on the hospital floor. He was able to save her life and then agreed to cover for her. However, there would be more secrets.

Days of Our Lives spoilers reveal that Haley has two secrets. She is an undocumented immigrant. She is also the younger sister of DA Trask, who is running for mayor. Haley’s recent stunt could make it impossible for Melinda to win the election. If anyone found out about the connection, it would create controversy during the race.

Eve's back and just as fab as ever. ✨ #DAYS pic.twitter.com/ue90MGhy6z

Recently, Haley agreed to speak with Dr. Marlena Evans. It is confirmed that she will end up telling the psychiatrist the truth about her immigration status. Of course, Melinda finds out about this and isn’t happy. She decides to take action against Salem’s favorite doctor.

Days of Our Lives spoilers tease that Melinda threatens Marlena. Even though she is an ethical and law-abiding psychiatrist, Melinda will use something against her. It is what she has done with many people, including Abigail Deveraux DiMera (Kate Mansi) and Gabi Hernandez (Camila Banus). What could she use against Marlena?

Days of Our Lives Spoilers: Xander’s Secret Partner Revealed And It’s Not Who You Think!