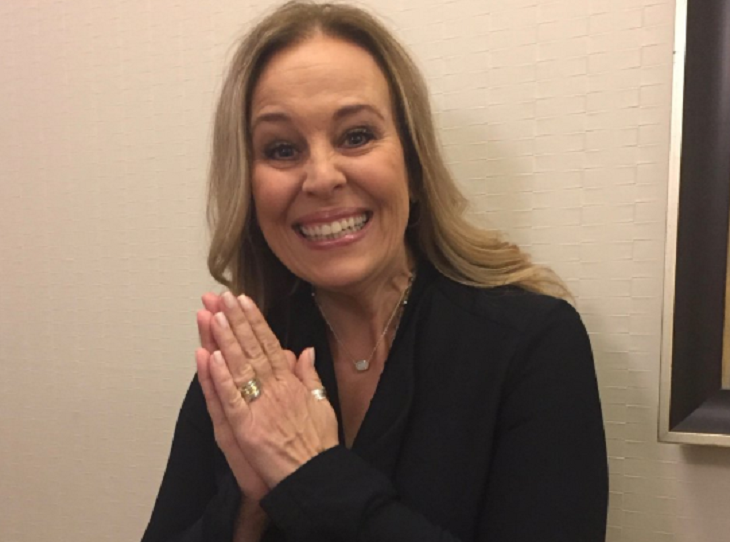 Genie Francis talked about the time she left General Hospital, her depression, and how she bounced back. In an interview with Soap Opera Digest, she acknowledged that falling into depression has affected her life in many ways. She got very depressed for about three months but her fans’ response on Twitter and the support from her family and friends helped her recover.

Genie Admits To Being An Emotional Eater

She admitted that she would always be an emotional eater. She does not overeat but she loves sugar and sweets. She finds comfort in eating sweet food when she fell off the bandwagon of healthy eating. Fortunately, she has her Nutrisystem family, which helps her regain her old self back.

Genie lets people from Nutrisystem to decide what and when she should eat. The process works for her unlike the other things she’s tried before like paleo. At first, she didn’t think Nutrisystem will work. She put it off several times but eventually gave it a try for two weeks. She lost two pounds in a week without having to starve herself. She was losing weight even if she is still eating three meals and two snacks a day.

Heading east to celebrate the holidays with friends and family in Maine. What’s your favorite part? Homemade cookies, hot cocoa, family, a cozy fireplace? Mine are all of the above! Reply to share your favorites. pic.twitter.com/ivMDtJYIYf

She Found The Perfect Eating Plan

She said that if it wasn’t for Nutrisystem then she would have starved herself, which we all know won’t help. But with Nutrisystem, she gets to enjoy eating snacks instead of getting ice cream bars. As for sugar, which is her button food, she makes sure that it is out of her house every time she wants to lose weight. This does not mean that she can’t eat out. When she’s eating at a restaurant, she eats meals with protein, veggies, and a bit of starch in a small serving.

When the time came that she had to go back to GH, she felt anxious at first. But she managed to regain her confidence back. She was also thankful for her fans who never gave up on her. They also didn’t give her any hard time during the period when she was heavier and didn’t feel good about herself. Now, she’s back and loving her new lifestyle that is focused on eating and living healthily.