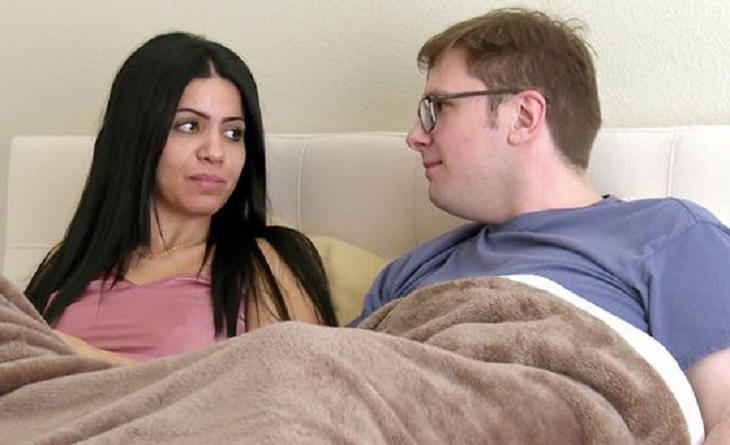 Larissa Dos Santos Lima of 90 Day Fiance is now facing criminal charges after being reported to have punched her husband, Colt Johnson on Jan. 11.  Whatever the reason for their dispute, Larissa’s attack on her estranged husband is recorded as domestic violence, making her subject to imprisonment if proven guilty, recent reports say.

This 32-year-old Brazilian is said to have assaulted Johnson willfully using strong force. The latter reported that his wife became violent while they were discussing something inside their house in LA, prompting him to file a criminal complaint against the former, one source said.

Colt immediately reported everything to the police and showed to the authorities his bloodied, lacerated face, which he also took pictures of and later posted on social media. His plight pushed him to cut their marital ties, and he filed a divorce right after the incident.

90 Day Fiance Fans Split On Who Is At Fault

The 33-year-old reality show star said Larissa punched him in the mouth in the heat of their argument. She also attempted to commit suicide by trying to injure herself after the punch, police report says.

This couple’s fans must be shocked about this marital war, not to mention Colt’s sudden decision to end their seven-month marriage, especially because Colt pursued Larissa and tied the knot with her in June 2018.

Their short-lived marriage started in an online dating site where Colt met Larissa. Colt is said to have proposed to her just 11 days after the meetup.

Colt Says The Attack Was Unprovoked!

Colt also said he had done nothing to upset his wife. In fact, according to him, he is a good provider, Daily Mail reported.

“The suitcases she used for travel I provided for her. On her arrival, I already had clothes waiting for her to wear and everything she needed to start a basic life in America. Over the course of months, I continued to provide for her, gave her shelter, food, and supported her wants and dreams. When she wanted a dress or makeup I bought it for her,” Colt revealed.

Recent reports did not release Larissa’s version of the story, as well as her whereabouts just yet but her social media post updates provide us with a lead.

“I am at my friend’s house right now, and my court day is on Feb. 12,” reads her Instagram Story. Larissa also posted photos of her fundraising campaign and even thanked the donors. She also admitted that the raised money shall be used to pay for her bail and lawyer.

Meanwhile, followers seem to believe that Larissa is apparently not guilty of the accusation as shown on her posts.

“I want to thank everyone who took the time to investigate the domestic violence episode and found a ‘history of long nails.’ The truth will come out. I’m in peace,” she added.