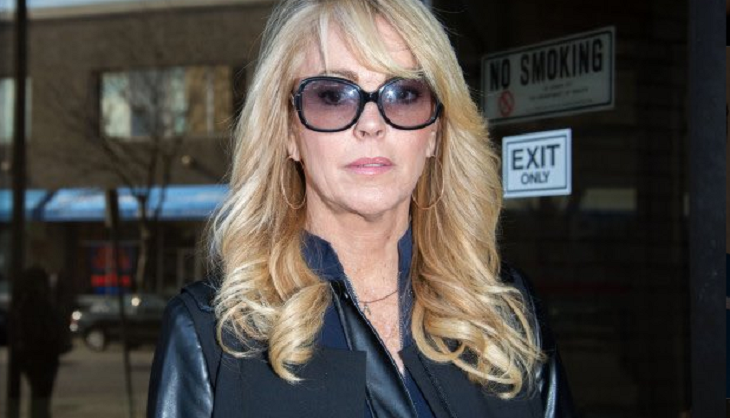 The countdown is on for the second season of Celebrity Big Brother 2019 to begin on Monday, January 21. After months of waiting, it is finally here. And, Dina Lohan, Mean Girl star, Lindsay Lohan joined the cast. Dina sat down with ET and talked about Lindsay’s advise for her to win the game and possibly doing Dancing With The Stars in the future.

Dina said that all her kids were supportive of her joining the cast of Celebrity Big Brother, especially Lindsay. She said that she told her to enjoy her time there and to be herself. In fact, Lohan said that her daughter packed her suitcase and gave her makeup to bring to share with the other ladies. She isn’t sure if she will be able to bring as much as Lindsay packed for her.

She said she is a lover, not a fighter, so she thinks she will get along with everyone in the house. She said that she will be quiet at first, while she gets a feeling for who people are. Then, she will open up to everyone.

As for a showmance—she isn’t interested. She is seeing someone and she talks to him daily. She thinks not talking and seeing him will be the hardest part of doing the show.

Dina has her eyes on the prize and for her, that’s Dancing With The Stars. She said she watches the show with her mother, who lives with her, and it would be great to do it for that reason. She added that her mother discouraged her from it, stating the dancers get hurt often.

And as for Lindsay, she is wanting to do another Mean Girls movie. Apparently, all the girls want to do it but they are waiting on Tina Fey to be done with the Broadway show.

The Young And The Restless Spoilers Victor Makes A Shocking Discovery, Is It Related To JT?