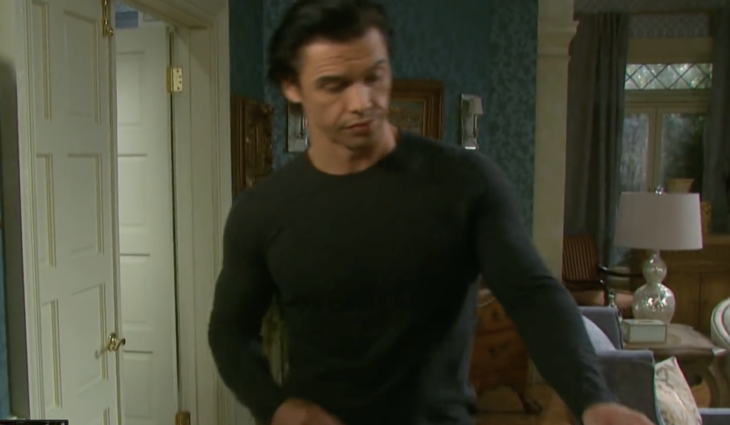 Days of Our Lives spoilers reveal that we might be saying some interesting layers to Xander Cook. Actor Paul Telfer recently spoke about his character, interacting with Sarah (Linsey Godfrey) and what to expect next.

Speaking to Soap Opera Digest, Telfer confirmed that Xander has a big crush on Sarah. The two seem like polar opposites. However, after being rebuffed by Eric Brady (Greg Vaughan), she will run right into Xander’s arms.

Days of Our Lives spoilers tease that Xander and Sarah sleep together. However, this isn’t like the other women Xander has been with. He actually has feelings for her. But it seems she might not feel the same way, especially after getting caught by Eric.

“He thinks she’s amazing and probably out of his league in a number of ways, especially morally. Still, that just makes her more attractive, her legitimacy. He’s not used to be around such a legitimately good person.”

Paul Telfer also explained that Xander will be patient with his new crush. Even though she tries to fix things with Eric, Xander will wait for her. He is confident that since they live under the same roof, it will be only a matter of time before they get together again.

“She’s a doctor. She’s from one of the legacy families in Salem. The respectability is all the stuff that Xander craves… he really is smitten with her and that carries on.”

Days Of Our Lives Spoilers: Here Comes Trouble In Salem!

What do you think of what Paul Telfer had to say about Xander? Do you think Sarah could get the Salem bad boy to change his ways?

Keep watching the NBC soap to find out what happens next on DOOL. Come back to Soap Opera Spy often for the latest Days of Our Lives spoilers, updates and news.