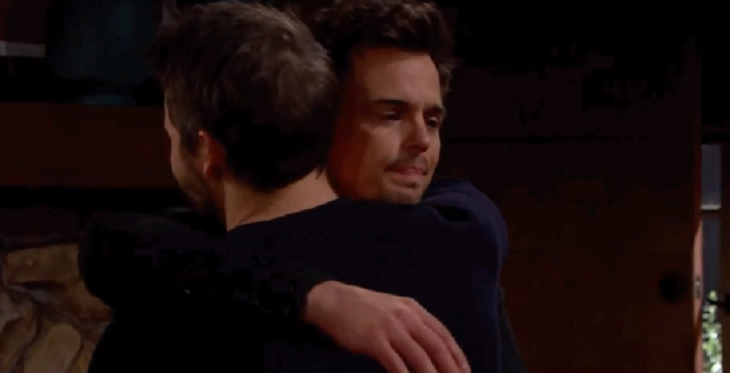 The Bold and the Beautiful (B&B) spoilers tease that Liam Spencer (Scott Clifton) will get a big warning from his brother Wyatt Spencer (Darin Brooks). Wyatt’s been very concerned about his bother and Hope Spencer (Annika Noelle) in their time of loss. Hope especially has been devastated and depressed, and Wyatt can see what losing Beth Spencer has done to her.

B&B Spoilers— Wyatt Has A Soft Spot For Hope

Of course, Wyatt has a soft spot for hope and what she’s going through since Wyatt and Hope also lost a baby several years ago. Hope miscarried early in her pregnancy then, but it was still a terrible loss, and Wyatt in many ways still feels protective of Hope.

Wyatt is also determined to be there for his brother during this time as well, and he and Liam will soon spend some time alone together. It’s then when Liam will confide in Wyatt about Steffy’s (Jacqueline MacInnes Wood) plan to adopt a baby. Liam found out about Steffy’s adoption lead when he visited Kelly Spencer (Zoe Pennington and Chloe Teperman) and Steffy, and he’s been keeping it quiet from Hope.

B&B spoilers say that Wyatt will be thrown by the news, and he’ll question Steffy’s plan to adopt so soon after Liam and Hope lost Beth. He’ll find the timing to be troublesome, and perhaps even insensitive to Hope. And he’ll probably be even more concerned when he learns that Liam plans to meet the baby that Steffy is thinking about adopting.

Today on #BoldandBeautiful, Hope remains troubled by her encounter with Sally and fears she will never be able to overcome her pain. pic.twitter.com/4QPUuUg6Iy

Wyatt will probably want to know how Hope’s reacting to the news, at which point Liam will divulge that he’s keeping the adoption and his involvement in it a secret from Hope for now. B&B spoilers indicate that Liam will ask Wyatt to keep the matter hush-hush as well, as he just doesn’t think that now’s the right time for Hope to learn the news.

This is definitely tough for Liam. #BoldandBeautiful pic.twitter.com/Nchb3uzmoW

That will be about enough for Wyatt, who will give Liam some stern advice and a warning. Chances are, Wyatt will think that Liam shouldn’t be keeping secrets from Hope about anything, and especially not about something like Steffy adopting a baby. He’ll probably understand that Hope’s pretty fragile right now, but he’ll still think that secrets in a marriage never turn out well.

Still, Liam will probably think it’s best to keep Steffy’s adoption plans under wraps for the time being. Do you think that Liam’s making the right call, or is it a mistake for him to keep the adoption news from Hope?