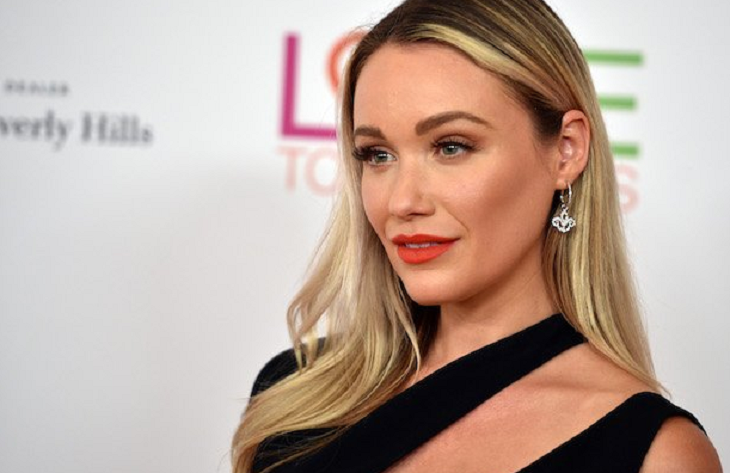 The Bold and the Beautiful (B&B) spoilers for Wednesday, January 23, tease that a stunned Flo (Katrina Bowden) will try to process the terrible story that she’s just heard from Reese Buckingham (Wayne Brady) about the baby that he has been keeping in his apartment. Reese admitted that he stole the baby girl after her mother lost consciousness during childbirth and that he then led the mother and her husband to believe that their baby had died.

B&B Spoilers— Flo Shocked At How Low Reese Will Go

Of course, B&B viewers know that the parents in Reese’s story are Hope Spencer (Annika Noelle) and Liam Spencer (Scott Clifton) and that the baby girl that Reese has is actually Beth Spencer. Flo doesn’t know Hope or Liam personally, but she’ll still be shocked that Reese would orchestrate such a scheme and lead a couple to believe that their baby died.

Reese will explain that his daughter Zoe Buckingham (Kiara Barnes) is being threatened. He owes $200,000 in gambling debts, and his creditors are demanding that he pay up asap, or else something awful is going to happen to Zoe.

Today on #BoldandBeautiful, Reese assures Florence that the adoption will be a “win, win” situation for everyone involved. pic.twitter.com/jjLWlK6p9e

Reese will insist that he needs to adopt the baby to Steffy Forrester (Jacqueline MacInnes Wood) to get the money he needs to pay off his debt and save Zoe from certain harm. He’ll urge Flo to continue to help him with his plan so that Zoe doesn’t get hurt. He’ll argue that it’s the only way to keep his daughter safe.

Flo won’t be happy about the situation, but it looks like she’ll agree to keep on helping Reese. She won’t want to see harm come to his daughter, so she’ll stay on board with his plan and keep pretending to be “mom” to baby Beth.

Meanwhile, on the new B&B episode on Wednesday, January 23, Liam will spend some time with his brother Wyatt Spencer (Darin Brooks). Liam really needs some support right now, as he’s dealing with both Beth’s death and Hope’s deep depression. He’ll need his brother’s support and advice.

Wyatt will offer a sympathetic ear, but he’ll be shocked when he learns from Liam about Steffy’s adoption opportunity. Liam will explain that Steffy was thinking about adopting before Beth’s death and that an opportunity has suddenly arisen for her to adopt a baby girl.

Wyatt will openly question Steffy’s motivation in wanting to adopt right now. It looks like Wyatt will take issue with the timing of the adoption, given that Hope and Liam have just lost a baby. He’ll worry that it will come off as insensitive to Hope and what she’s going through right now.

Bold And The Beautiful Star Karla Mosley Shows Off Her Baby Girl, See The Adorable Picture!

But Liam will explain that Steffy wasn’t actively looking to adopt at this time, so it’s not like she purposely set out to hurt him or Hope. He’ll also point out that Steffy actually sought his blessing on the whole thing. Still, Wyatt won’t think it’s such a great idea, but he’ll nevertheless tell Liam that he’ll have his back no matter what.