Celebrity Big Brother 2019 Live Feed Spoilers: Round 2 POV Comp And Meeting Results, Find Out Who Is The Final Nominations 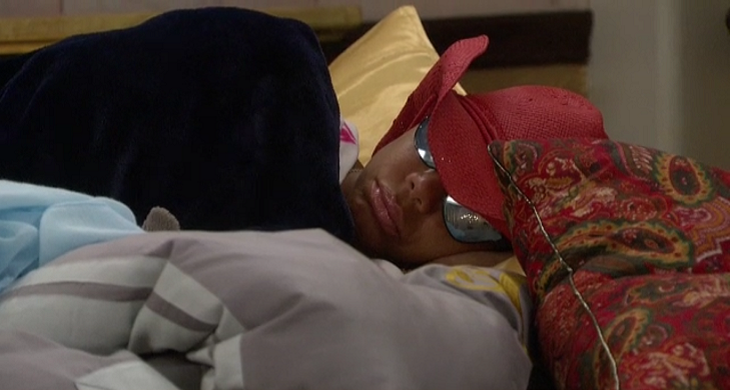 Celebrity Big Brother 2019 (CelebBB) spoilers tease that since Anthony Scaramucci self-evicted last night, they had to nominate another houseguest, which led to another Power of Veto competition and meeting. It led to some action-packed Live Feeds, complete with, at least, three meltdowns from Tamar Braxton— and she is not even on the block!

Since Anthony left the house overnight, Ryan Lochte, current HOH, had to nominate another houseguest for eviction. He picked Kandi Burruss. He felt confident that Kandi was safe and believed that Jonathan Bennett would go.

Before the POV competition, the nominations were Jonathan, Kandi, and Tom Green.

Kato Kaelin won the POV competition. Ricky Williams won the first POV competition, but his win was null and void after Anthony quit the game. Kato decided to save his BFF Tom Green.  He made a deal with Ryan to put Joey Lawrence on the block. He swore they would not vote him out.

Tom pulled Kandi aside and asked her to not get into any more screaming matches with Tamar. It’s obvious the women do not get along. Green doesn’t think fighting with Tamar is a smart move for someone on the block.

The final nominations are Jonathan, Kandi, and Joey.

Tamar has a vendetta against Kandi and she begins to target her. She tried to get the rest of the CelebBB house to hate her too. Although, no one is falling for it yet.  Most can see through her drama. When Tamar gets cornered and questioned about her hatred for Kandi, she cries.

Lolo Jones isn’t sure why Tamar hates Kandi so much and suggests that it’s personal. It’s clear Tamar won’t share what happened between them. Kandi said she was willing to forget their beef and play nice, but Braxton isn’t willing to even try to do that.

Their riff is a tug of war over T.I.’s wife.  They are both her best friend, but they don’t get along with each other.  They have never gotten along and over the years it’s only gotten worse.

As of right now, it looks like Jonathan will probably be the first houseguest evicted. We expect Tamar to vote for Kandi, but it will probably be her only vote. And, Joey will probably receive no votes. Don’t forget to come back later for more Celebrity Big Brother 2019 (CelebBB) spoilers, news, and casting updates!