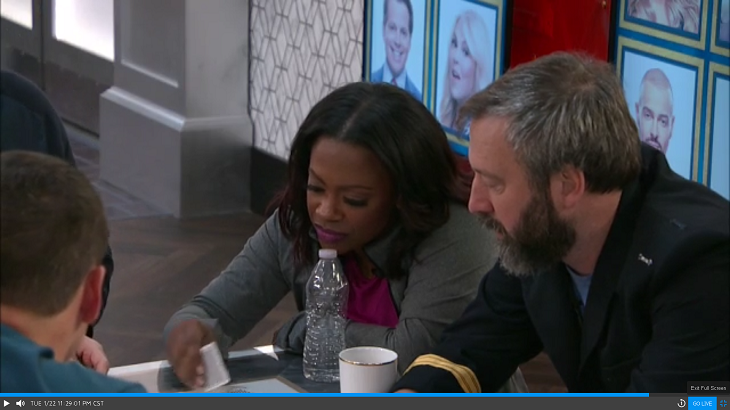 Celebrity Big Brother 2019 Live Feeds arrived last night and they did not disappoint. On the season episode of the season, Ryan Lochte won the Head of Household competition.  That means that Jonathan Bennett was automatically placed on the block.  He nominated Anthony Scaramucci and Tom Green for eviction.  The CelebBB fans waited anxiously as they waited for CBS to flip the Live Feeds on for the condensed celebrity season. Here’s what we know so far about what’s going on inside the Big Brother house.

The biggest piece of news when the Live Feeds came on we learned that Anthony was missing. At first, the fans assumed that he was in the  Diary Room.  However, that clearly was not the case when Tamar Braxton mentioned that Anthony tried really hard but it wasn’t good enough.  The houseguests wonder why Scaramucci’s picture isn’t greyed out if he is out of the game. 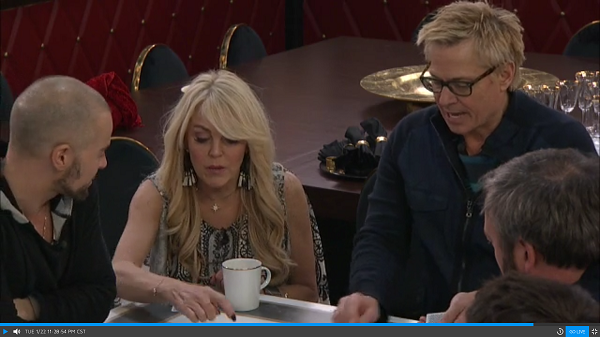 Candi Burruss and Tamar Braxton exchange words in one of the bedrooms. When Kandi leaves, Tamar is visibly upset.  Tamar tells Ricky Williams and Natalie Marie Eva that Kandi is being “shady” and she is trying to make it seem like she cannot get along with others.  Braxton points out that she has four sisters and she knows how to get along with other women. Tamar says that Kandi has to go and she will make sure the house votes her out “very soon.”   Of course, Ricky points out the obvious to Tamar —just because she votes for Kandi does not mean she will leave the house.  She would have to make sure she has the votes to get her evicted. Ricky pulls Natalie aside and he suggests that Tamar is overplaying the Kandi situation.

The BB houseguests are already on edge.  They aren’t sure who they can trust or what twist CBS will throw at them next.  Are you surprised that Anthony Scaramucci self-evicted?  Don’t forget to come back to Hollywood Hiccups for more Celebrity Big Brother (CelebBB) spoilers, news, and Live Feed Updates!