Days Of Our Lives Spoilers: Ciara Held Captive – Who’s Got Her? 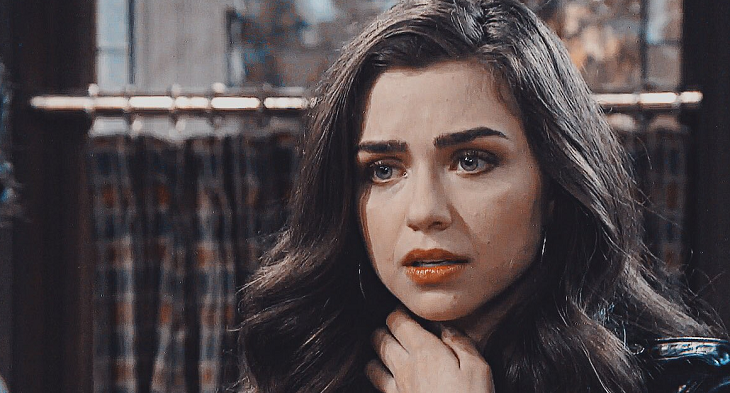 Ciara just wanted some time away to clear her head and think about whether her relationship with Ben is really a good idea. But did she ever make it to South Africa?

According to Days spoilers, somewhere between South Africa and Salem, Ciara will go missing. Ben will spiral when he can’t get in touch with Ciara, but he’ll probably chalk it up to Ciara still being miffed with him.

But soon thereafter, Hope Hernandez (Kristian Alfonso) won’t be able to locate Ciara either, and that will have both Ben and Hope really worried. It seems that Hope won’t be able to blame Ben for this horrible development.

In the latest #DAYS, Ben and Ciara break up!https://t.co/ZsCmioRrzb pic.twitter.com/TYgw2M6lzZ

DAYS Spoilers– Where Is Ciara?

Ciara will find herself in real trouble, being held captive in an undisclosed location. She’ll be blindfolded and tied to a bed, and it probably won’t take long for her to figure out that whoever’s holding her captive could be the person who set fire to the cabin last year when Ciara was immobilized due to a leg injury.

So, who could be holding Ciara? Time will tell, but it could be someone who has an ax to grind with Hope. As a police officer, Hope has put a lot of dangerous criminals away, and it could be that one of them wants revenge on Hope through Ciara.

Or could it be someone closer to Ciara…like Wyatt (Scott Shilstone)? It would take a lot of doing for a lone wolf like Wyatt to orchestrate a full-scale abduction of Ciara while she was traveling out of the country, but anything’s possible.