The Bold And The Beautiful Spoilers: Will Wants Katie & Bill Back Together – Thorne Feels Left Out 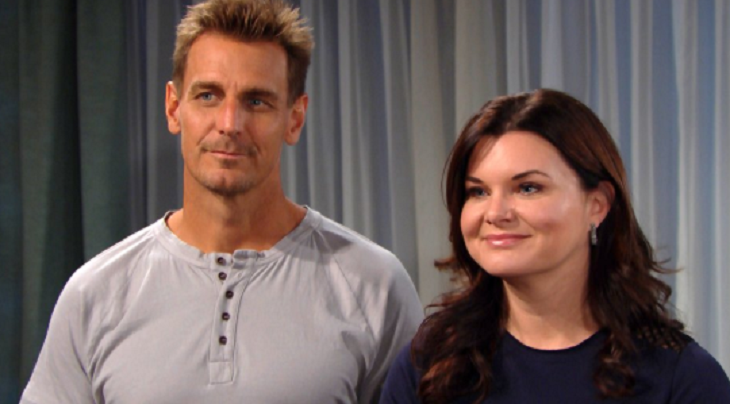 The Bold and the Beautiful (B&B) spoilers tease that Will Spencer (Finnegan George) will soon have some serious questions about his family situation. Will is a happy kid, and he’s always been good with the presence of Thorne Forrester (Ingo Rademacher) in his life. Will likes Thorne. But Will has also been reconnecting with his dad Bill Spencer (Don Diamont) lately, and Bill is becoming a greater force in his life.

B&B Spoilers– Will Plots To Get Parents Back Together

In the coming days, Will is going to notice that Katie Forrester (Heather Tom) and Bill are getting along much better than they have in the past. It wasn’t that long ago that Katie and Bill were embroiled in a legal battle over Will, but since then Bill took a vow to be a better man. Katie has noticed, and she’s happy with the changes that Bill has made.

Katie will even talk Thorne into letting Bill stay for dinner one evening. It won’t be something that Thorne is entirely comfortable with, but he’ll see how important it is to Will and Katie, and he’ll agree.

Will won’t have anything against Thorne when he asks; it will just be an innocent kid question. It’s natural for kids to want their parents to be together, and he may think that because Katie and Bill are getting along so well together, that they’re on the path to all living together again.

According to B&B spoilers, Thorne will be deeply affected when he sees just how impressed Katie is with the “new” Bill, and when he sees how much Will seems to want his parents to get back together. Thorne will feel left out, and perhaps like he is standing in the way of a family being together.

Could this be the beginning of the end for Katie and Thorne? If Thorne’s feeling left out, then he might start reconsidering his marriage to Katie. The marriage made perfect sense when they were involved in a custody dispute with Bill, but Thorne may figure that the marriage doesn’t make as much sense now, in light of Will’s apparent desire for his parents to be together.

Of course, we know that Ingo Rademacher, who portrays Thorne, is soon leaving B&B, so this could be another signal that there may be trouble in Katie and Thorne’s marriage. Could we be looking at the end for Thatie?

Do you think Thorne will bolt on Katie? Stay tuned to the CBS soap and don’t forget to check Holywood Hiccups often for the latest Bold and the Beautiful spoilers, updates, and news.