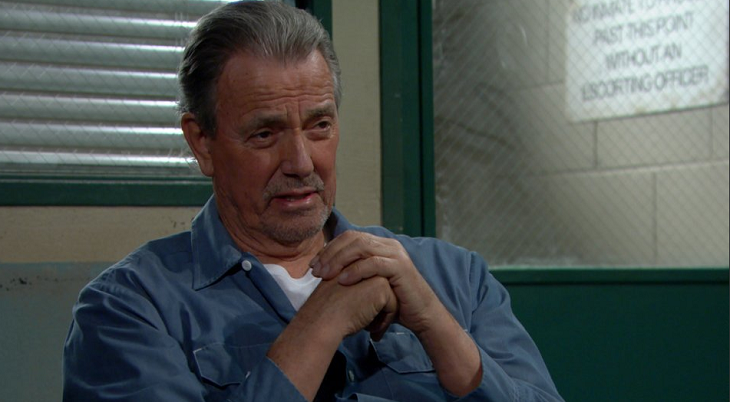 The Young and the Restless (Y&R) spoilers tease that Phyllis’ (Gina Tognoni) belief that Victor (Eric Braeden) will turn on her and Sharon (Sharon Case) isn’t misguided. Past history with Marco (Peter Bergman in a dual role) alone proves that suspicions about the Moustache’s actions can’t be dismissed.

Y&R Spoilers– Sharon Isn’t Sure About Working With Phyllis

Sharon understandably doesn’t want to join with Phyllis in any type of so-called business plan. The end of Shick in the mid-2000s, followed by Shick’s dashed remarriage attempts in 2014 and 2018 created permanent distrust. Yet, Phyllis’ logic must be considered.

It’s not that Nikki (Melody Thomas Scott), or Vickie (Amelia Heinle) acting independently, or together planned to pin J.T.’s (Thad Luckinbill) accidental murder on Phyllis, or Sharon. Nick also wouldn’t do that to the mothers of his children. But Victor, well, he’s proven countless times that the rules of decency aren’t abided.

Nikki’s purposeful withholding of information about Phyllis and Sharon’s involvement in the J.T. debacle demonstrates that she just wants to see her husband cleared of false charges. But how long will Victor, or even Nick, remain in the dark about that key information?

Y&R Spoilers– How Will Victor Find Out About Phyllis-Sharon Involvement?

If Nick somehow learns the truth, he’s likely to share that news with his father for well-intended reasons. Morrow’s character would see both ladies as loved ones who also deserve protection. Victor has no love for either of Nick’s former wives, but less for Phyllis, and would toss either (or possibly, both) overboard if it meant protecting Nikki and Victoria.

Victor and Nick’s truce may only hold through the resolution of the nine-plus month J.T. dies storyline. But whenever the Black Knight learns that his former daughters-in-law were witnesses to what Nikki did, there’s no telling what legal trajectory their lives could take from them.

Sharon’s history with Victor is different than what Phyllis has experienced. Victor never thought of Phyllis as a daughter, as he did Sharon for a significant amount of time. Sharon also did Victor a favor years ago by marrying him during another legal arc and endured the Cassie (Camry Grimes in a dual role) gaslight, which Victor came to somewhat regret.

So, it’s not that Sharon should reconsider Phyllis’ instincts as wrong. Instead, this one-time member of the Newman family should wonder how she’ll be viewed by Victor when her loyalty to this powerful clan is affirmed.

Victor won’t take kindly to learning that Phyllis wanted to join with Sharon in some type of forced alliance against the Newman’s. And Sharon will likely have no problem being forceful in telling him and the others exactly what Phyllis proposed and she rejected.

The Young and the Restless Spoilers: Which One Of The Fab Four Will Fall First?