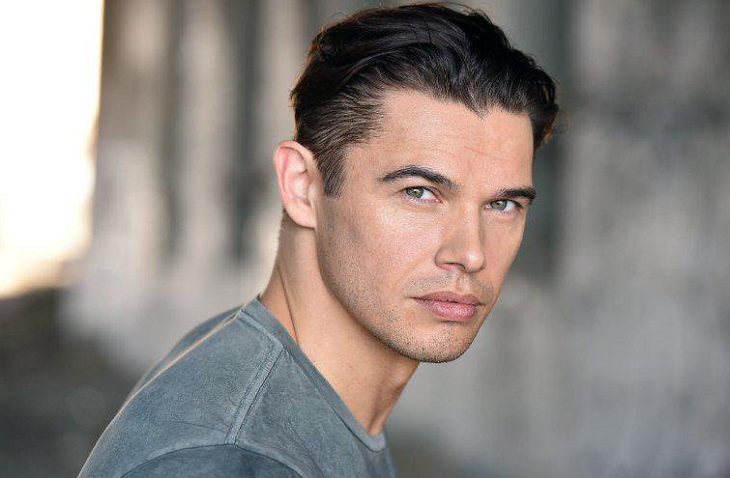 Days of Our Lives’ (DOOL) star Paul Telfer took to Instagram to announce his upcoming movie entitled “Green Fever.” He posted photos from the set on his social media account while the movie’s official Instagram account also posted photos of him as Tickler. The film is a project from Prime One Productions and its trailer as well as release date are yet to be announced.

Telfer will play a villainous character in the movie, with the tagline “Green is the new gold.” He will portray Tickler, a scary looking criminal who had his face tattooed with a clock in Roman numerals. He will be working with actors Alexius Zellner (The River, The Morning After the Thrill) and Misha Crosby (The Lying, Hollyoaks). Zellner and Crosby will play as Swift and Adder, respectively, who are both members of Tickler’s criminal crew.

Tickler and his cohorts will steal from Rob, a medical marijuana grower, and his pregnant wife Maria. The characters will be played by Mike Foy, known for his roles in Glory Daze and The Tribe, and Kriss Dozal from Halloween Hell and The Hill.

Telfer Can Pull Off The Bad Boy

Telfer is known for his ‘bad guy’ character, Xander Kiriakis, which debuted in Days in March 2015. Xander, the nephew of Victor Kiriakis, is the boss of a blood diamond smuggling ring and poses as the generous owner of a European pharmaceutical company. In late 2015, Tefler was let go from the show but he had an on and off appearance since then. In 2016, he returned to the NBC soap as part of a prison break storyline. He then had brief stints between 2017 and 2018. Tefler reappeared on the show earlier this month and is stirring up tension in the Kiriakis mansion while eyeing for Titan’s CEO position.