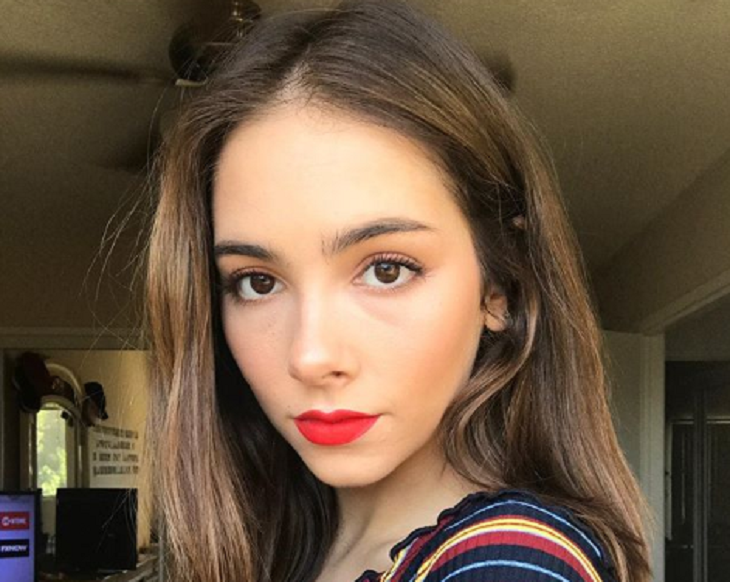 General Hospital (GH) star Haley Pullos almost made headlines for what would have been a red-carpet disaster! The beautiful actress is best known for her role as Molly in Port Charles.

The General Hospital actress was on hand for the world premiere of the film, Dead Ant. Haley shared two photos of herself on her Instagram account. In one photo, she simply has one foot in front of the other while in the second photo she’s clearly laughing in front of the cameras. According to the beautiful brunette, she says in the caption that she was laughing because she almost tripped on the red carpet. Thank goodness that didn’t happen, right?

A lot of her social media followers commented on the photo with, “I wouldn’t worry. Even if you tripped, you look like perfection. You are absolutely gorgeous,” along with, “I’m a huge fan of the dress. Maybe change the boots next time?”

i was laughing cuz i almost tripped #deadant

Aside from her work on daytime television, Haley has been keeping pretty busy lately. Not only is she walking the red carpet at Hollywood premieres, but she’s also been hard at work in front of the cameras. Her last film, No Good Deed, hit screens last year. She also starred as Addison Pierce in the television series, Mr. Student Body President. She also played the role of Molly in the series Instant Mom back in 2013.

As far as what is in store for her Port Charles character Molly remains to be seen. Of course, fans will simply have to tune in to find out what will happen next. General Hospital airs weekdays on the ABC network. Check your local listings for times.

In the meantime, let us know what you think by leaving us a line with your thoughts in our comments section below. And as always, don’t forget to check back with Hollywood Hiccups for all the latest news, updates and spoilers on General Hospital and all of your favorite daytime television shows right here!