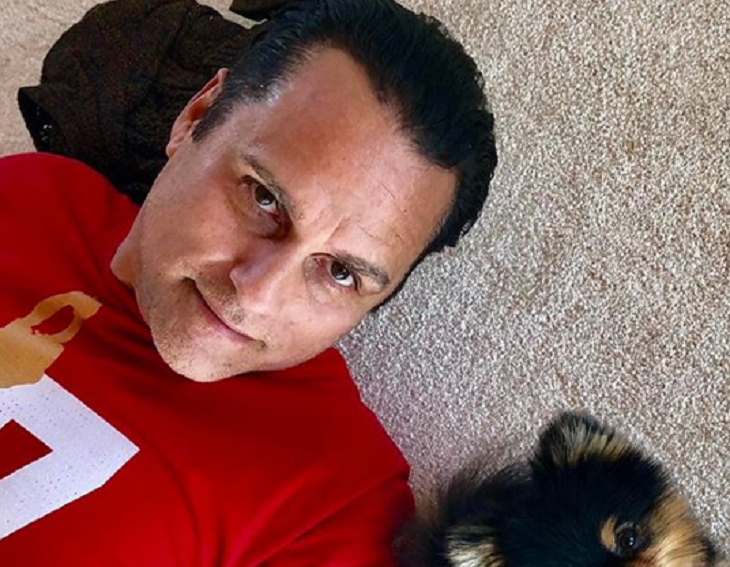 Maurice Benard is the kind of person who loves to show off his fancy footwork, regardless of what he is doing or where he is for that matter! The General Hospital actor, who plays Sonny on the hit show, shared a fun behind-the-scenes photo shoot with his co-star, Tamara Braun. Tamara now plays Kim Nero but used to play Carly Corinthos before actress Laura Wright took over the role.

In the Instagram post, Sonny asks the photographers if they could put a little music on, as he just wasn’t “feeling” the moment. Thankfully, someone in the background managed to put on the Queen hit “Another One Bites the Dust.” Within seconds, both Maurice and Tamara not only loosened up but also danced to the music while the photographer continued to click behind the camera.

If that weren’t enough, Maurice also managed to show off some impressive “robot” moves and as you can imagine, his social media followers loved every second of it. Many wrote comments such as, “Looks like you two are having the best time! You guys have such great chemistry together,” along with, “I miss you playing Carly but I love that they brought you back to the show!! Dr Kim is great too!!”

GH Fan Reactions On The Video

Another fan wrote, “She’s an amazing actress and now I can never picture another Carly other than Laura. I love seeing Tamara back on GH as Kim! Both women are great actresses! “Sonny” is a lucky man.”

So, does this mean that a stint on the ABC hit show Dancing With The Stars might be in Maurice’s future? It’s without a doubt that his General Hospital fans have their fingers crossed!

General Hospital: Who Would Make A Perfect Couple? Vote In Our Poll!

General Hospital airs weekdays on the ABC network. Check your local listings for times. In the meantime, drop us a line with your thoughts in our comments section below. And as always, don’t forget to check back with Hollywood Hiccups for all the latest news, updates and spoilers on General Hospital and all of your favorite daytime television shows right here!