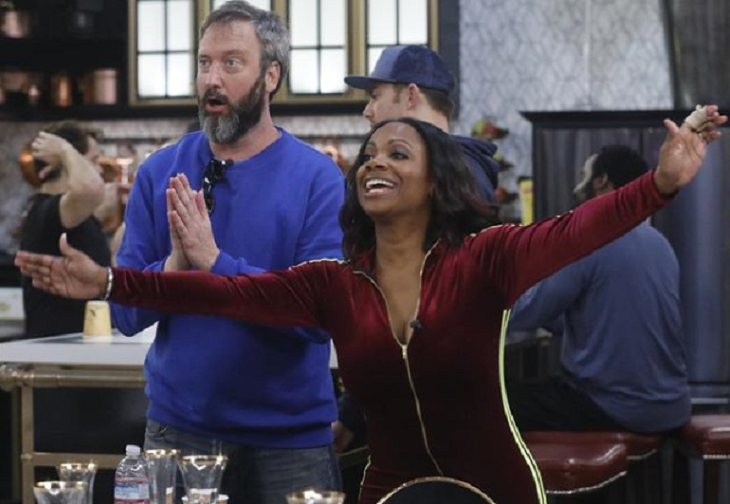 If there are two cast members who are not keen on seeing each other, much less share the same house, it would be Tamar Braxton and Kandi Burruss. Both ladies will be in the same house 24/7 on the second season of Celebrity Big Brother. It would seem that the divas have had some sort of feud when they went on a music tour last year.

Braxton and Burruss remained polite toward one another since the show started, even forming an alliance to avoid getting voted out. But things are bound to get messy in tonight’s episode. CBS released a trailer of the upcoming episode where Braxton and Burruss were seen to be talking out their issues with each other so they can move on. But things did not turn out the way they wanted.

So, what’s the long-standing beef between the two divas all about? In a confessional on the show, Tamar said Kandi never liked her. However, Kandi has something else to say. She said their disagreement started during her last music tour when Tamar’s guest had some negative things to say about her and Xscape. She added that Tamar was also upset when she exited The Talk.

Viewers can also expect to see former White House Communications Director Anthony Scaramucci say more about his controversial job. He threatened to spill President Trump’s secrets if he says something negative about him. “If he turned on me, he knows I got a big mouth,” says the Mooch. “That’s not going to be great for him.”

Scaramucci self-evicted Tuesday evening. TV Line reported that Friday’s episode will detail the reason he left the show. For more about his departure, read here.

Celebrity Big Brother Season 2 premiered on Jan. 21 on CBS. Apart from Scaramucci, Braxton, and Burruss, Joey Lawrence and Dina Lohan are also part of the show. Ryan Lochte, one of the best Olympic swimmer of all time, and Kato Kaelin, who was a witness in the controversial O.J. Simpson murder trial, are houseguests as well. The other celebrities who will be staying in the house are Lolo Jones, Natalie Eva Marie, Ricky Williams, and Jonathan Bennett.