The Young And The Restless Spoilers: Mia Not Responsible For Trouble – Arturo’s Feelings In Play 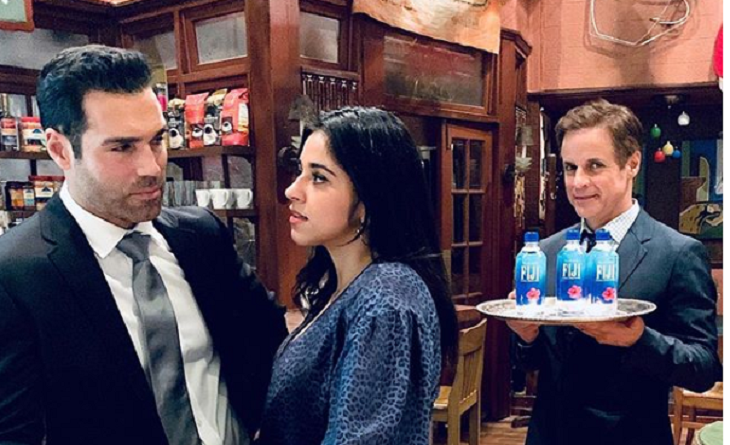 The Young and the Restless (Y&R) spoilers tease that Mia’s (Noemi Gonzalez) marriage is okay, for the moment. But Rey (Jordi Vilasuso) doesn’t know about his brother Arturo’s (Jason Canela) unresolved feelings. That coming revelation could rock this portion of Genoa City and upend various pairings.

Y&R Spoilers— Mia And Arturo Still Love Each Other

The near-kiss that happened at Ria’s cold apartment was very revealing. It’s not just Mia who has latent feelings for her first love. No, Arturo does as well. Both character’s backstories being intertwined established an obvious dilemma. How would Mrs. Rosales and Arturo, who says he’s committed to Abby (Melissa Ordway), handle being around each other in this Midwestern setting?

As long as both characters focus on the here and now, they’ve seemed to be okay. But whenever they’re paired and alone, Arturo, not just Mia, feels an instant pull to years gone by. Arturo’s emotions could simply be that. He cared for Mia and likely always will. But as he told her, the past is the past. Okay, she understands that, but why did he try to kiss her after working on the Rosales’ heating system?

Y&R Spoilers— Mia Is Insecure And We Know Why

Mia’s insecurities are understandable. Rey left her in Miami, Florida, in order to take a job working on the J.T. (Thad Luckinbill) case for the Police Commission and moved to Wisconsin. She followed, uninvited months later, and has seriously been working on restoring their marital tie.

Being single, highly appealing and Rey’s workplace colleague makes Sharon (Sharon Case) a legitimate threat. Mia saw with her own eyes that Rey and Sharon are attracted to each other. Then, most recently, Shey spent a platonic night together in a motel room in Kenosha.

Rey withheld that information from Mia when he didn’t mention that there was only one hotel room available. He felt his spouse didn’t need to be told those details, but likely won’t feel the same way when he comes to learn that his wife and brother snuggled under a blanket in the apartment above Crimson Lights and then almost kissed.

Just like the potential Shey, the former Marturo didn’t actually do anything. But what both scenes underscored was the Rosales’ brother’s thoughts.

Rey does love Mia. Arturo darted to the Abbott mansion after he almost kissed Mia in order to tell Abby that he loves her. But will trouble between all involved erupt whenever Y&R allows an information drop, where Arturo’s repressed feelings are somehow revealed?

This is soap, which is based upon drama. So, the answer must be yes.